We got up in the morning around the same time we always did, around 6, and began packing our gear for the final climb up Katahdin.

Before leaving, we took one final look at the lean-to that we spent the night in.  It was the last shelter that we were going to see on the AT.

We were on trail by 6:45 so we were able to catch one last one last sunrise as we walked the AT.

It was a clear morning, but we didn’t have high hopes of getting a view at the top.  Thunderstorms were predicted in the afternoon, followed by three days of rain.

The big group of hikers, the one we saw the day before, were hanging out at some of the nearby picnic tables.  They looked like they were getting ready to hit the trail as well.

For the first 1.3 miles the trail climbed at a moderate grade. We stopped at Katahdin Stream to refill some water.  The water was cold and was probably the best tasting water on the AT.

After the falls, the trail started to get much steeper.  There were several sections where we had to put our climbing skills to the test.

The higher we went, the better the view got. 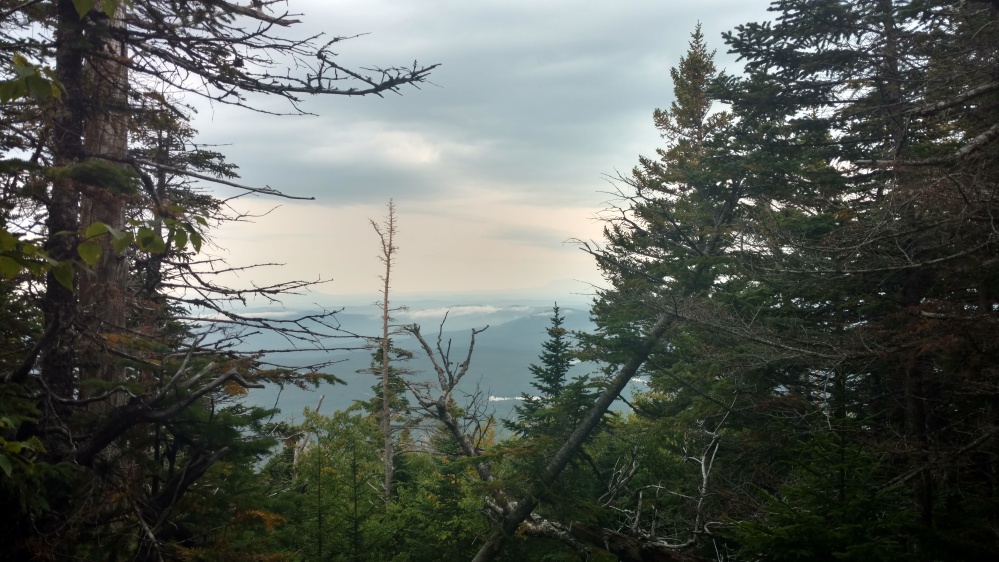 As soon as we got above treeline, the real climbing began.  There were some sections that were so sketchy that everyone was too busy helping each other up to take any pictures.

There was a lot more actual climbing than I expected, and I was loving it. 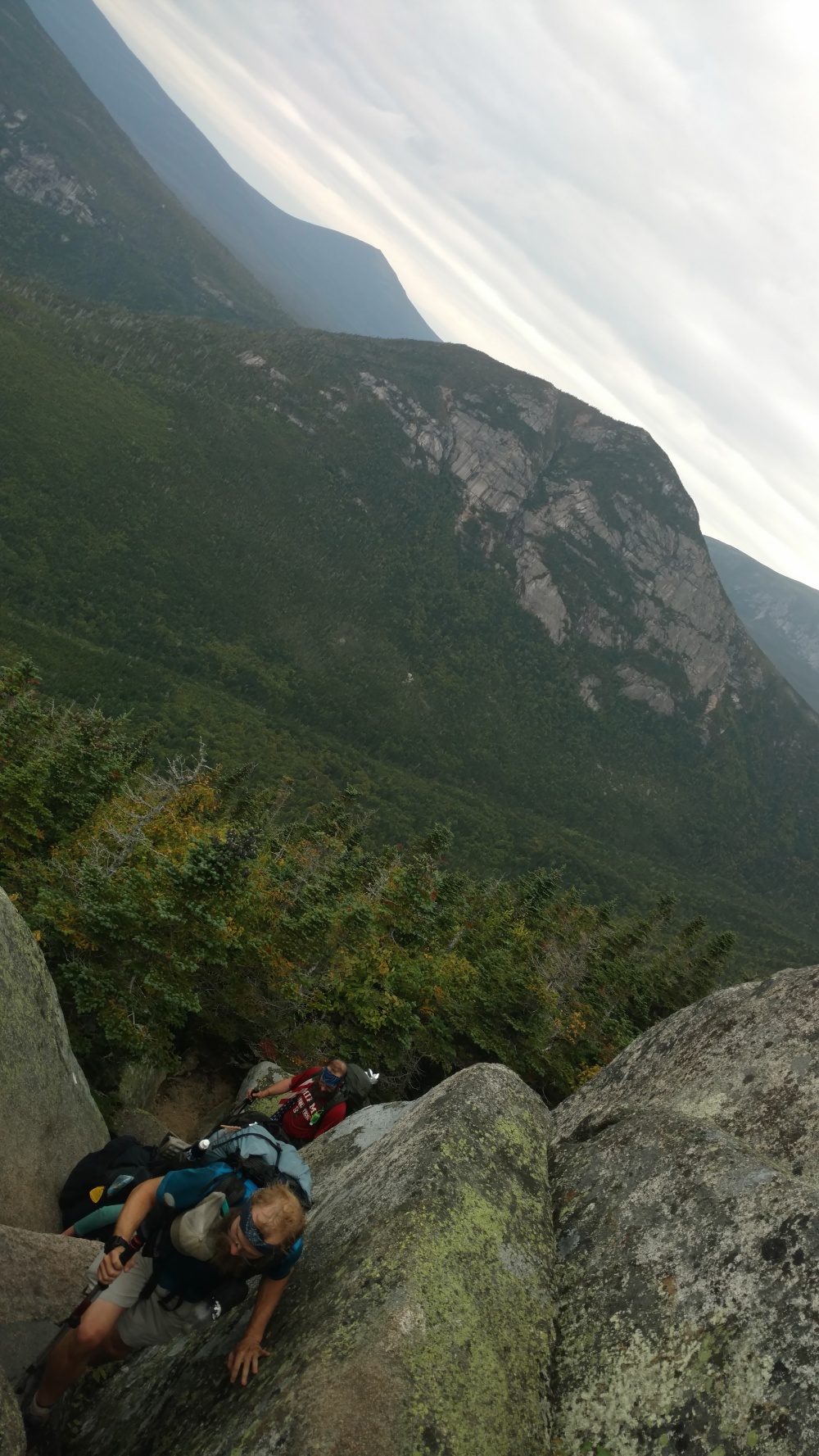 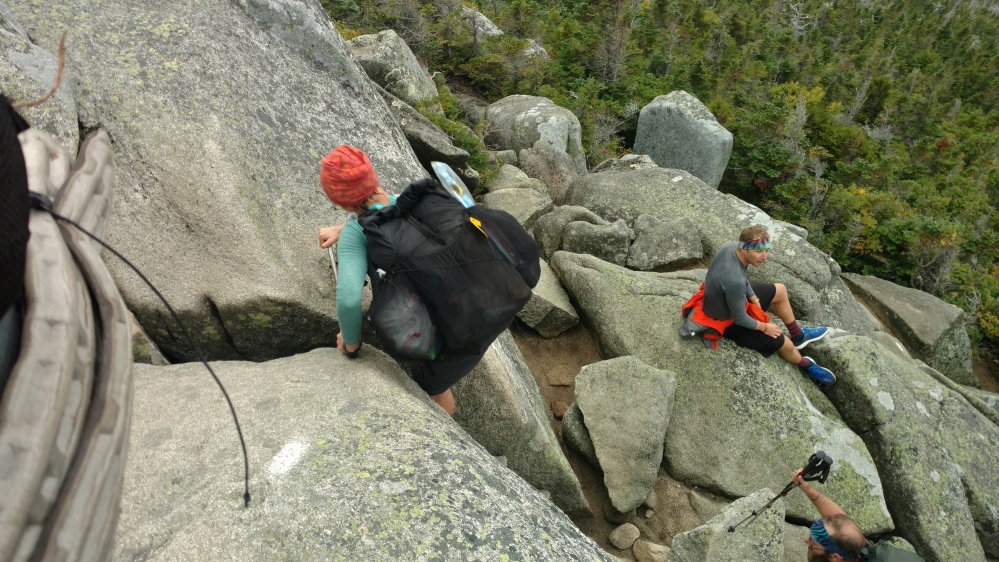 In between climbing sections, we were able to look back and enjoy the view.

We stopped to take a snack break before the final push to the top.  The big group of hikers passed us as we were eating.  It looked like it was going to be a crowded on the summit.

The final climb didn’t look too challenging at first.  It looked like an easy rock walk to the top.  Then we saw people going over the small rocks and realized the rocks weren’t small at all.  It was an optical illusion.

The view from the top was incredible.

At the top was the Tablelands. 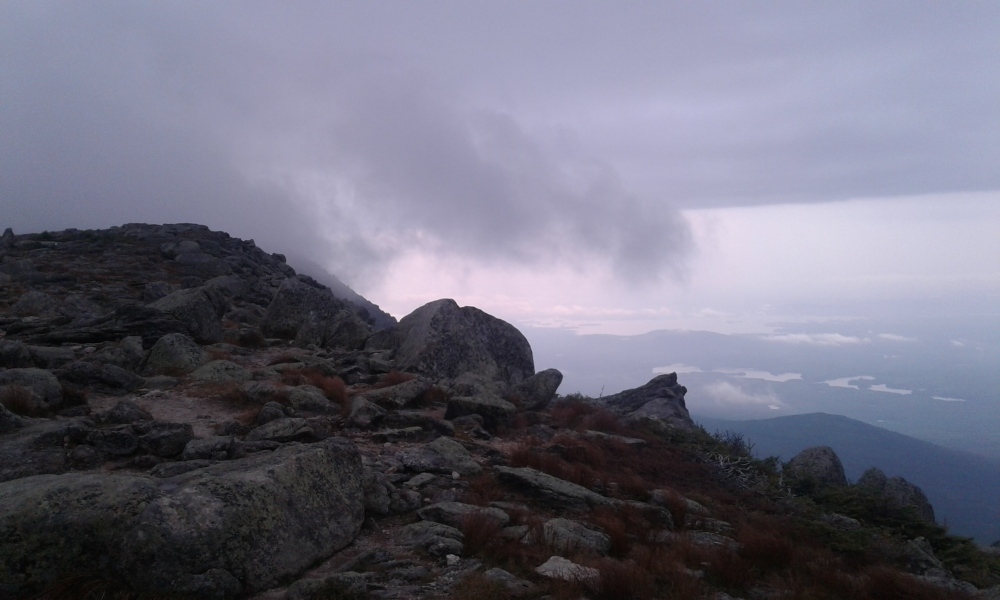 The Tablelands was the somewhat flat area near the top of the mountain.  We still had to gain 700 feet, but it would be much more gradual than what we just went through.

It was a lot more windy on the Tablelands, and it looked like we were going to be walking up into a cloud.

From the Tablelands, we could see that the summit was shrouded in clouds.

Walking through the table lands was a special moment.  The landscape was like we were transported back to the White mountains.  Except this place felt a lot more wild.  Everyone was excited about how close we were to the top.  The cloud cover really built up our anticipation.  Every time there was a slight clearing in the clouds, or we came around a turn, we would look at the nearby horizon for any hint of the summit sign.

It felt like it took a long time, but it couldn’t have been more than 15 minutes, until we heard voices of hikers off in the distance.

Then, all of a sudden, the shape of the sign could be seen amid the fog.

This was the moment I had visualized for such a long time.  Anytime I was having a rough day, I would think of the moment of when I would first see the sign on Katahdin. That vision had become a reality.

I began to get choked up, but as we got closer the excitement emanating from everyone around overpowered my emotions.

There were a ton of people at the top.  Everyone was smiling and laughing.  Strangers were giving each other hugs.  It was an amazing moment.

Hikers were walking up to the sign and taking pictures, but the Tramily stayed back a little and watched others do their thing.

Even when there were opportunities to go up to the sign we still held back.  It was like we were on the edge of a cliff, and had to work up the courage to jump off into the water far below. 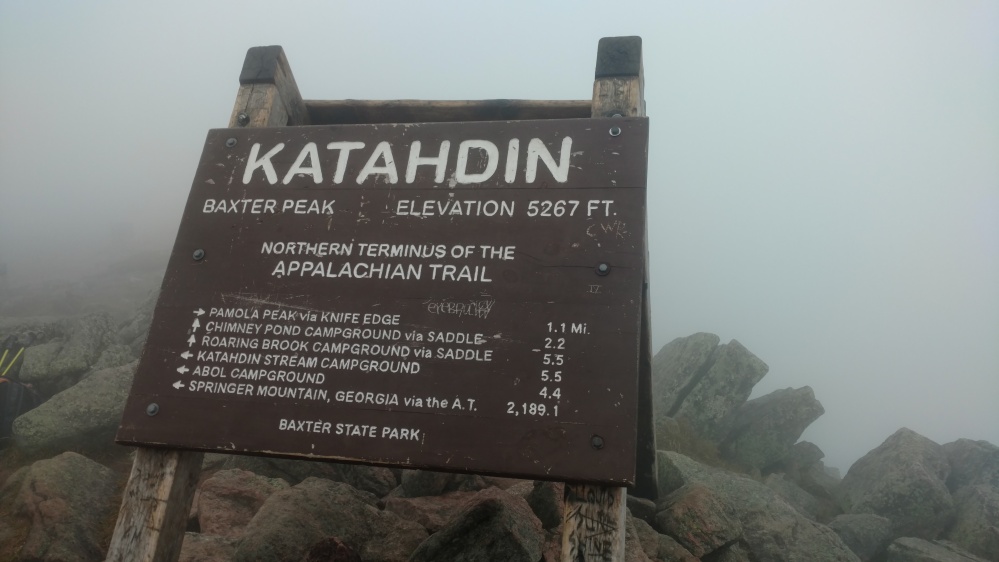 We made the leap, and landed safely below. 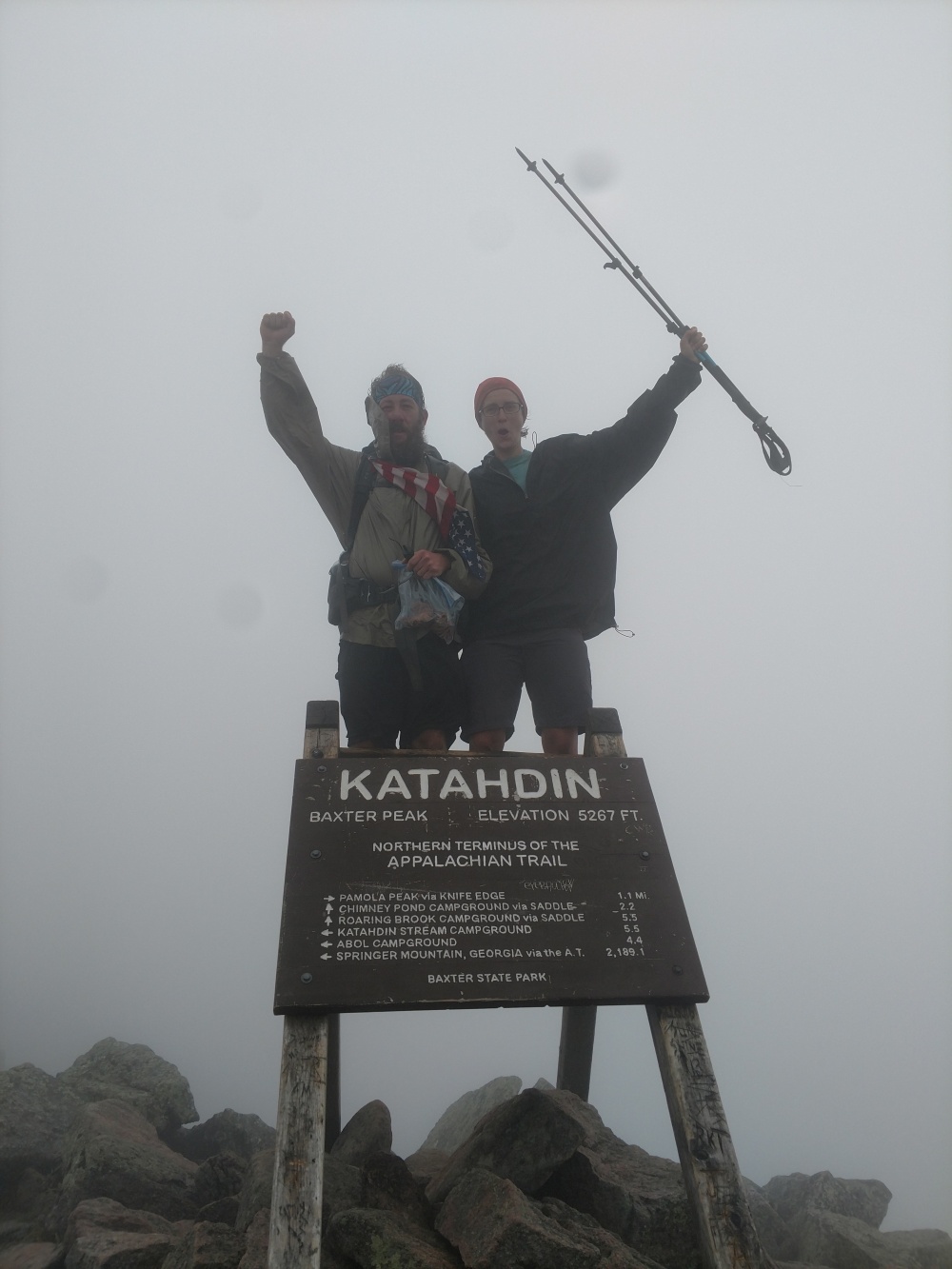 We were now officially Thru Hikers!  We had walked 2189.8 miles ( plus the 8.8 mile approach trail) from Georgia to Maine.  We had accomplished what we set out to do, and it felt absolutely amazing.

After taking our pictures, we hung out for a long while. We took in the scene, and tried to process everything.

More Thru hikers trickled in.  We cheered for them and more hugs were given.

As we stood there with the wind whipping our faces, I thought of how special it was that I got to hike the entire AT with my brother.

Then my thoughts turned to the silent partner of The “World Famous” Jersey Boys.  M.O.T.H. (Mother of Thru Hikers) – better known as Mom.

I sent her a quick text that simply read:

The adventure doesn’t end on Katahdin.  We didn’t get air lifted off the mountain after all.

Part 2 and several follow up posts will be posted in about a week.

Thank you for taking the time to read our story!