Not much happened on the way into town.   We crossed another easier than expected river crossing, and enjoyed an easy stroll through the woods. 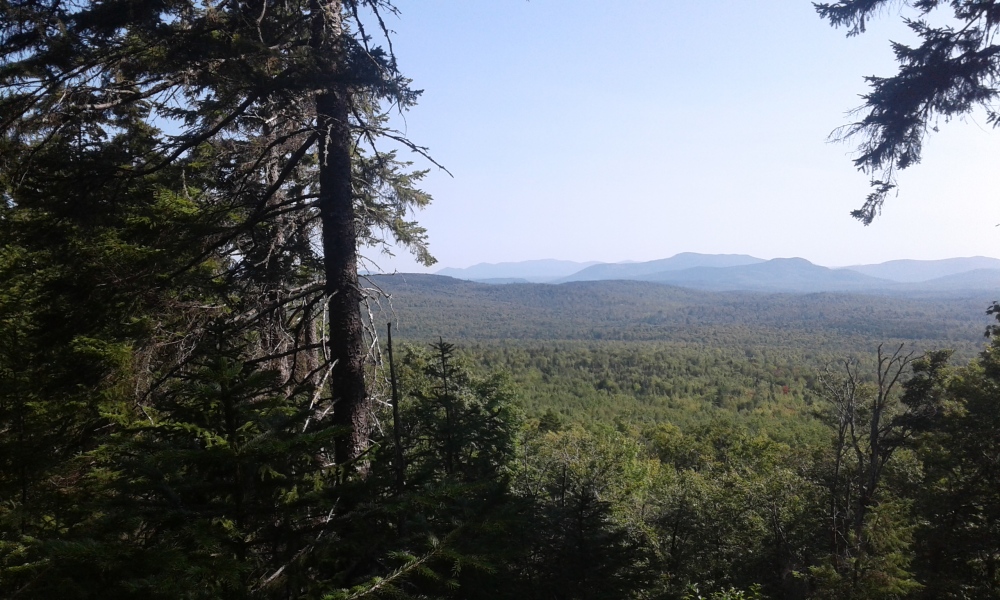 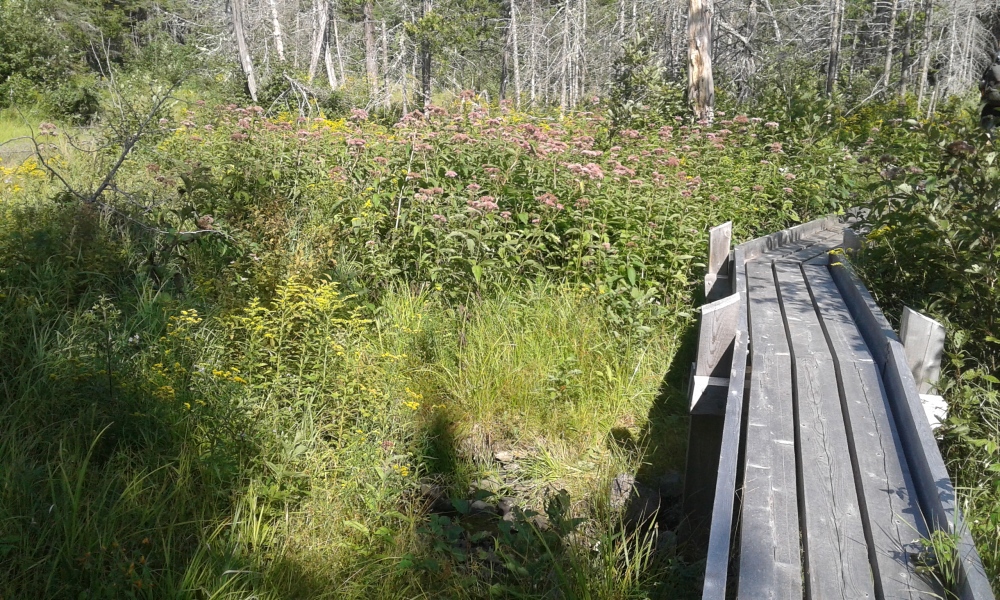 When we got to the trail head, we didn’t know where we were going to stay, or how we were going to get to the town of Monson, 3.6 miles away.  After a few minutes standing on the side on the road with our thumbs out, I decided to call one of the hostels in town.

I called the Lake Shore House.  It had a good write up in the guide book, and it was right on a lake.  As luck would have it, they had four beds that were still available.  They would also send a driver to pick us up.  Sweet! problem solved.

When we got to the hostel, it seemed we made the right choice.  Not only was it on a lake, it was also part of a bar and grill. 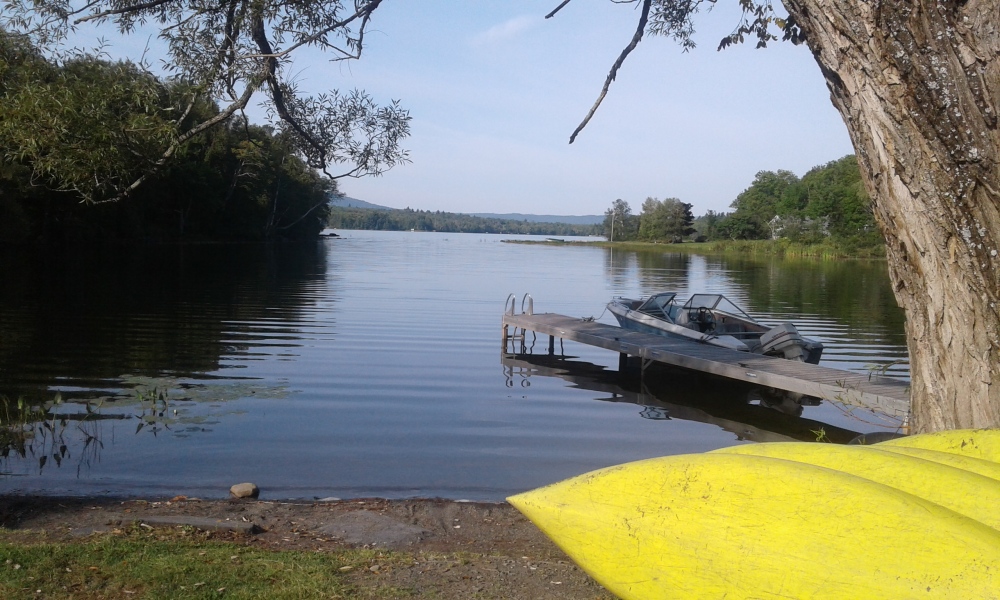 The town of Monson was a small town, but it had everything a hiker needed.  Two hostels, a bar and restaurant, a breakfast place, a general store, a gas station that sold pizza, a post office, and the Appalachian Trail Visitor Center.

The Visitors Center main purpose seemed to be getting Thru Hikers campsite reservations in Baxter State Park.  That’s a little more complicated than it sounds.

They help hikers determine how long it will take them to hike the 100 mile wilderness, what and where the camping options are,  what the rules for Baxter State Park are,  and the different trail options hikers have when descending Katahdin.

There was a wonderful woman there who answered any and all questions.

Picking the day to camp at Baxter State Park was a little tricky.

There was a Native American gathering that took over most of the park around the time we would get there.  Also, Labor Day was falling around the same time.  We were told that it would be best to either hike big miles and get there before all that, or arrive after all the festivities were over.

We would not be rushed off the trail.  We would have to get there after Labor Day.  We still weren’t sure about the exact day.  We decided that, whichever date we eventually chose, taking a zero tomorrow would be necessary to skip all the festivities in Baxter Park.

We told the nice lady that we would sleep on it, and be back in the morning with our final decision.

After we left the Visitors center, we walked over to Shaws hostel to inquire about their 100 mile wilderness food drops.

Shaws was known as a good hostel, but it was also know as a party hostel.

The owner was very nice and he explained how the food drops work.

Let me back up a little here.

From the town of Monson the the top of Katahdin was 114.5 miles.  Unless you wanted to hike 114.5 miles in 4-5 days (we didn’t), or you wanted to carry more than 5 days of food (nope again), the only other option is getting food dropped off to you.

The owner of Shaws explained that he would drop off your food on an old dirt road about 58.5 miles into the 100 mile wilderness, as long as you were there to pick it up.

Armed with that new info, we went back to our hostel, and thought about what we would do.

We ate at the bar downstairs.  The food took a long time to get to the table, but that was expected.  There was a statement right on the menu that said something like, “If you’re in a rush to get your food, this place isn’t for you.”

The food was good and the company was even better.  The place was filled with Thru Hikers.

This is the last town on the trail.  I will miss this.  I will miss walking down the street in a unfamiliar town and seeing familiar faces everywhere.  I will miss the camaraderie  that all the hikers share with each other. Even if they had just met for the first time.  I will miss the sharing of a dinner table with complete strangers, and the carefree laughter that comes with it.

We, most likely, have nine days left on this adventure.  Through social media, I have been able to find out if other hikers have made it to the end yet.  Feathers and Wildthing summited a little over a week ago.  Scarecrow summited three days ago, on Stoats birthday.  I’m very happy for them, but its also a weird feeling.

During the entire trip we could usually, through the grapevine, track the hikers ahead of us.  Find out where they were, and what they were up to.  Now, it felt like all the blips on the radar were, one by one, going dark.  The people who had been an integral part of our AT adventure were suddenly gone.  All that was left… was an eerie silence.