We climbed up the famed Mahoocuc Arm, first thing in the morning.  Gaining 1800 feet in 1.5 miles, it was known as a steep and rugged part of the trail.  It consisted of steep rocky sections, and steep rock face sections.

It was actually a lot of fun.  I’m sure we would have had a different opinion of it if we had climbed it last night though. 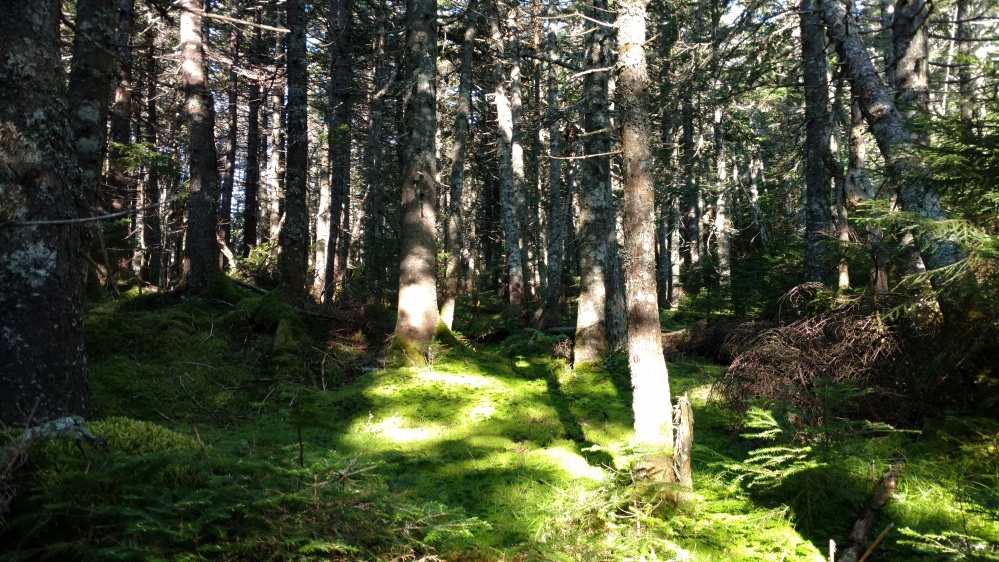 At the top of the climb, we came to a beautiful little pond called Speck Pond.  We took a short side trail to check out the shelter nearby and to visit the privy.

While we were at the shelter, we met two women from southern New Jersey out on a flip flop hike.  Over the course of the conversation, we found out that they had read “The Article”.  It was crazy that even up in Maine we were still getting recognized from it.

Towards the end of the conversation, I mentioned that we felt a little weird being asked to be in pictures just because someone wrote an article about us.  What I neglected to say was, now that we had actually accomplished something, we didn’t mind taking pictures at all.

When they got up to leave, I could tell that one of the women wanted to take a picture with us, but was hesitant to ask.  I should have asked her if she wanted to take a picture, to diffuse the slightly awkward situation.  For some reason I thought that would come across as super pretentious.  So I said nothing.  We wound up awkardly waving at each other as they departed.

So, if the Flip Floppers from NJ ever read this,  The “World Famous” Jersey Boys owe you a picture.

After Leaving Spec Pond we began to climb Mt. Spec. 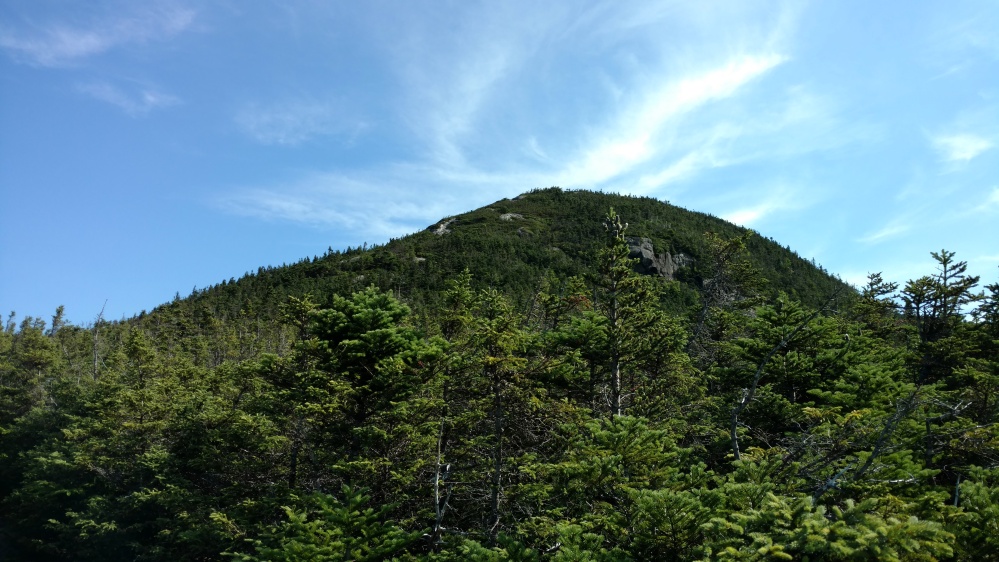 It got pretty steep towards the top.

( I erroneously labeled the mountain Mt. Hahoosuc in the video)

The view from top was worth the effort to get up there.  Technically we weren’t on the peak of Spec mountain, that was off a 0.3 mile side trail that we decided not to take, but it was good enough for us.

Coming down the other side of Mt Spec, was a nice and easy section of trail.  On the way down, there was a stone stairway that Stoat fell down on.  Luckily he only bruised his thigh.

Once we were down from Mt Spec, the trail brought us through a parking lot.  We saw a pickup truck with snack laid out on the tail gate.  Trail Magic!

After taking a short break, we headed back out on the trail.

From the parking lo,t we crossed over Rt. 26, and began our climb up Baldplate mountain.

Baldplate mountain had two peaks.  West peak and East peak.  In between the two peaks was a long section that was just below tree line.  I’m glad we weren’t stuck up there in a thunderstorm.

The views were unexpected and gorgeous.  For some reason, Baldplate gets overshadowed by the famous areas to the south and north of it.  The amazing views caught us completely by surprise. 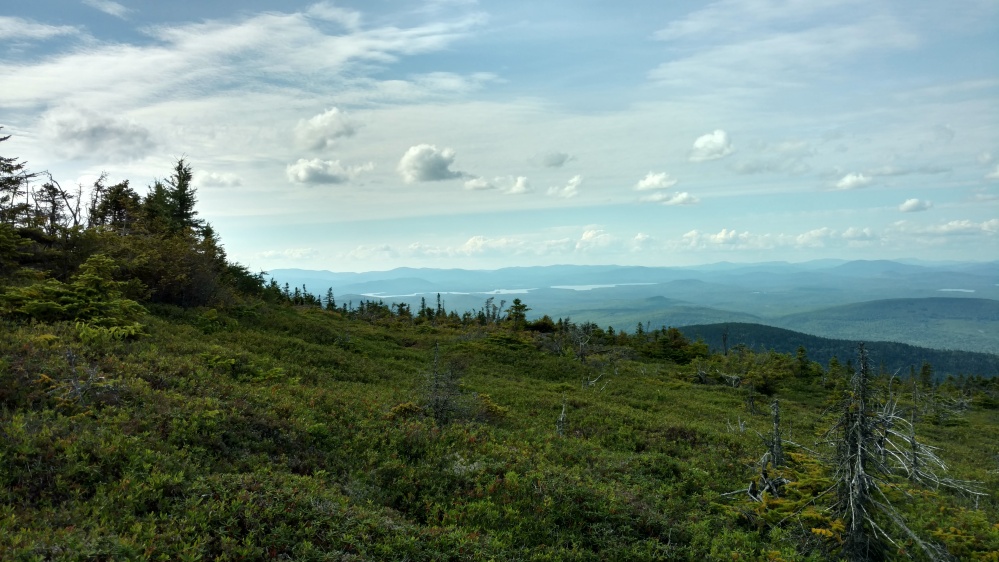 At the top of West peak, the Tramily met up with Tommy 2 Times and Bullseye.  We decided to take a break, enjoy the view, and of course, eat.  As we were sitting there, a familiar looking hiker showed up.  He recognized Bulleye and said, “I’ve been chasing you for a long time.”

The hikers name was Matt.  He was one of the guys from the Warrior Expeditions.  The last time we saw him was at Woodchucks Hostel in Damascus Virginia.  At the time he was hiking with his dog named Freedom.  The dog had to get off trail because of an injury, but Matt was still hiking.  We talked to him a little bit before it was time to get going.  Apparently, he had been using Bullseye as a gauge to see how far behind schedule he was.  One might say Bullseye had a target on his back…..

It seemed like over the past few days we had been meeting a ton of hikers who we hadn’t seen in over 1000 miles.  How crazy is that?

From the top of Baldplate, we began to make our way down to the Frye Notch Lean-To.  (Lean-To is just another term for a shelter.)  After a steep downclimb, we found our home for the night.

The Lean-To was in a interesting spot.  It was very close to the edge of a small 25 – 30 foot cliff.  Stoat and I set up our hammocks nearby, Flashfire setup a fire, and we ate dinner.

It was another great day in the AT.