Just a few minutes after leaving camp, we came to Griffen Lake. We had considered camping there last night but I’m glad we didn’t. All the camping spots were full and we would have had to keep going.

Two miles later we came to Baker Peak. It was just a small rock outcropping, but it had a nice view.

Sitting at the top, was a couple in their 60’s. We talked to them for a little bit. They mentioned that we could see the Adirondacks off in the distance.

I had been wondering when / if we would see the Adirondacks. Stoat and I had spent almost every summer of our lives on northern Lake George. About five years ago, we began a yearly tradition of backpacking with two childhood friends for four days in the high peaks region on the Adirondacks. Needless to say, the Adirondacks were a special place to us, and to see them while Thru Hiking the AT, was a special treat.

We also found out that the wife had hiked the AT a few years ago, at the age of 63. When asked for advice, she said, “Just enjoy every day.”

Ten miles into the day we came to Little Rock Pond. There was a shelter nearby and we had lunch there. After lunch, we decided to wade into the lake to cool our legs. 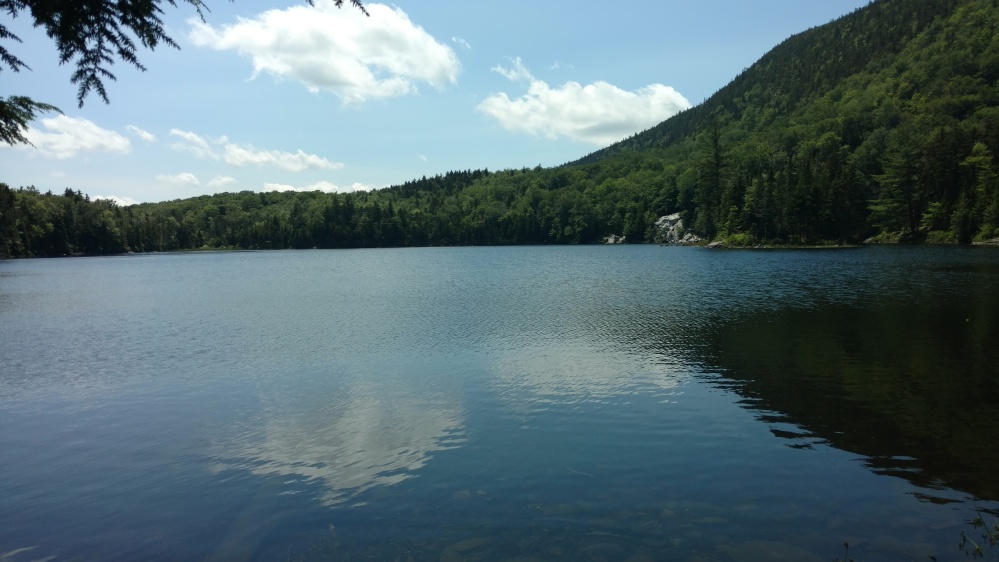 As I stood in the water I saw a slug like creature swim over my foot. I bent down to get a closer look and confirmed my suspicion. It was a leach. As I did not want to have to deal with pulling leeches off my body, I vacated the water swiftly.

After drying off, it was time to get back on the trail. We took one last look back at the lake, and headed on. 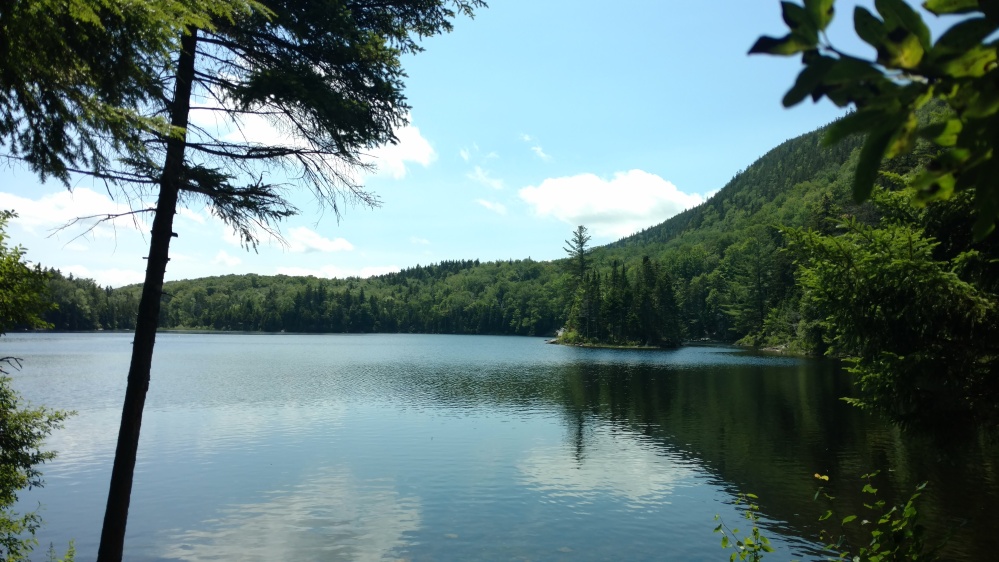 Four miles later, we came to a part of the forest that seemed to open up a bit. 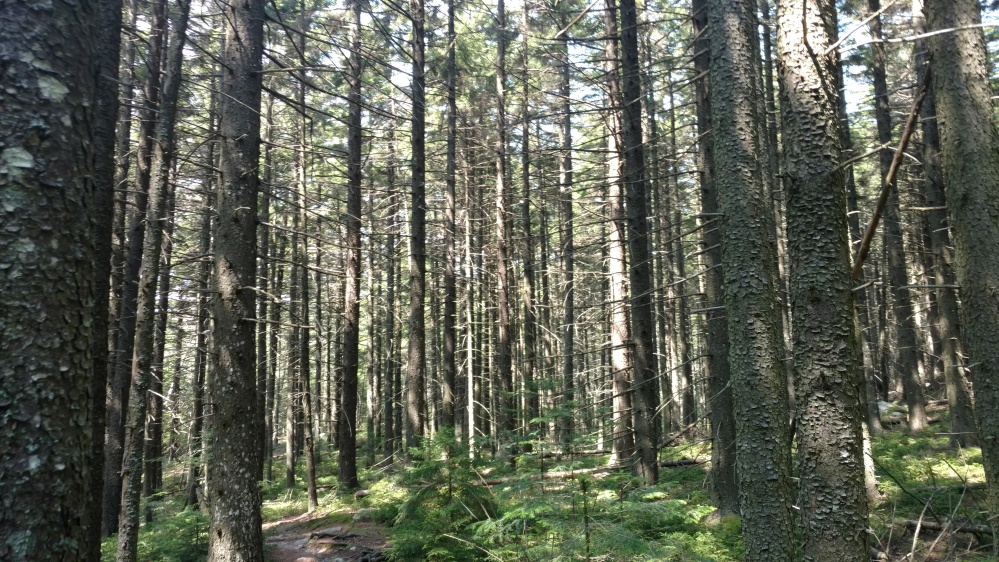 There were small piles of rocks everywhere.

While Stoat and I were taking pictures, I brushed my forearm against my beard. A few seconds later I noticed that my arm was bleeding. I looked all over my arm for the source of the blood, but couldn’t find anything. Eventually, I realized that blood had come off my face when I brushed it. I asked Stoat to see if he could tell where I was bleeding from. He took a look at me and said, “Dude, your nose is bleeding.”

It turns out, when you have a bushy beard, blood can run down your face without actually touching your skin. I guess it’s just one of those things no one ever talks about.

I pulled out my toilet paper, calculated how many days until we would be in a town, and then ripped off a few squares. I used the TP as economically as I could. I rather have blood on my face than…. well, you get the idea.

After waiting for my nose bleed to stop, and eating a snack, we hiked on.

Over the final 5.3 miles we went over another mountain named Bear Mountain with a viewless summit, and crossed several crystal clear mountain streams.

We called it a day at the Minerva Shelter.

Today we had met at least 8 Southbound Thru Hikers. I can only guess we will see more as we continue north.

Today felt like a fairly easy day, as far as Vermont is concerned. We “only” had 7608 feet of elevation change.