In the morning, once we got on trail, we had a few nice views.

About 8 miles later, we started our climb up Bromley mountain.  Near the top of the climb, the trail brought us through  narrow fields that serve as ski slopes in the winter. 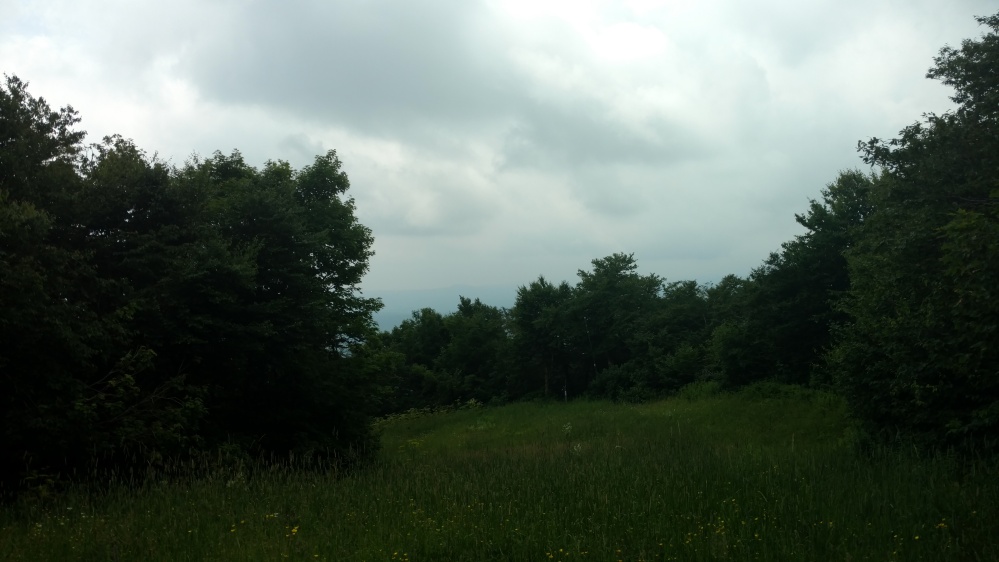 At the top of the mountain we came across a flat area with ski lift situated at one end.  We decided that this was as good a spot as any for lunch.

We may or may not have sat on the ski lift…

Off to the side was a small cabin.  It looked like it was used by the staff in the winter time.  In the summer, Thru Hikers were allowed to stay in it.  It would have been cool to stay there and watch a sunrise from the top of the mountain, but the mileage didn’t work for us.

We had a few more interesting views as we left the summit. 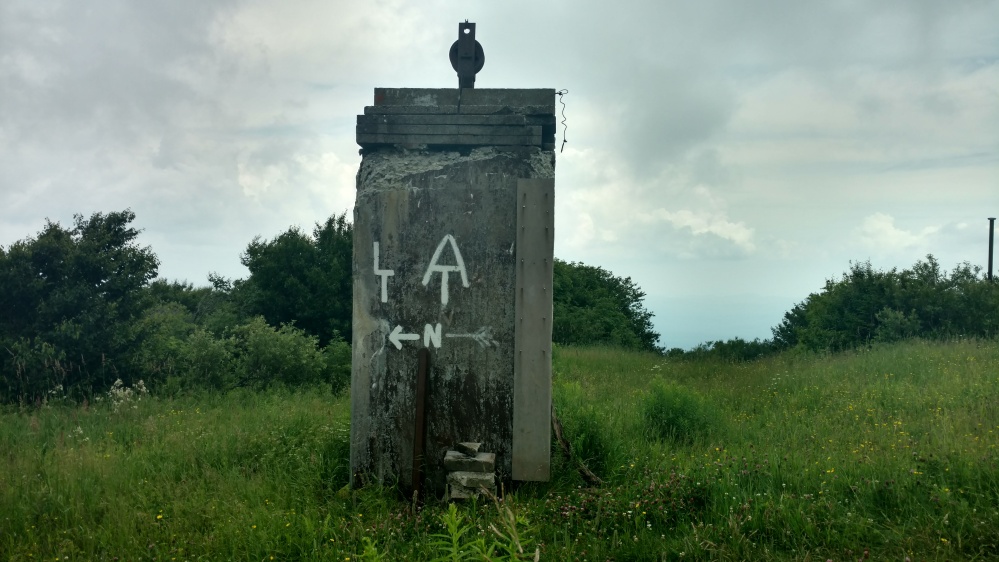 A few miles later we came to Styles peak.  Styles peak was actually higher than Bromley Mt but the view was a little less impressive.  There were several other hikers taking in the view.  Including a several day hikers, a girl named Pasta Sides and her cousin Clank.

Pasta Sides and Clank were from New Jersey and they were out for a while hiking the Long Trail.  We talked to them for a little while before heading out.

Two miles later we came to Peru Peak.  It was higher than the last two peaks but it lacked a view entirely.

For the rest of the day the trail consisted primarily of wooden planks.

When we got to the Peru Peak Shelter we set up camp.  There were a lot of hikers there.  The trail had been busier lately.  There were AT and Long Path (LP) Thru hikers,  AT and LT section hikers, and folks out for a few days.

As we were setting up, Cash and Songbird came into camp.

The Tramily, Cash and Songbird, Pasta Sides and Clank, as well as several others, sat at the picnic tables and ate dinner.   Everyone got along really well.  I think all of us wound up staying up later than usual.