The day was overcast and in the morning in was drizzling.  The trail went from open fields and rolling hills into a more canyon like area. 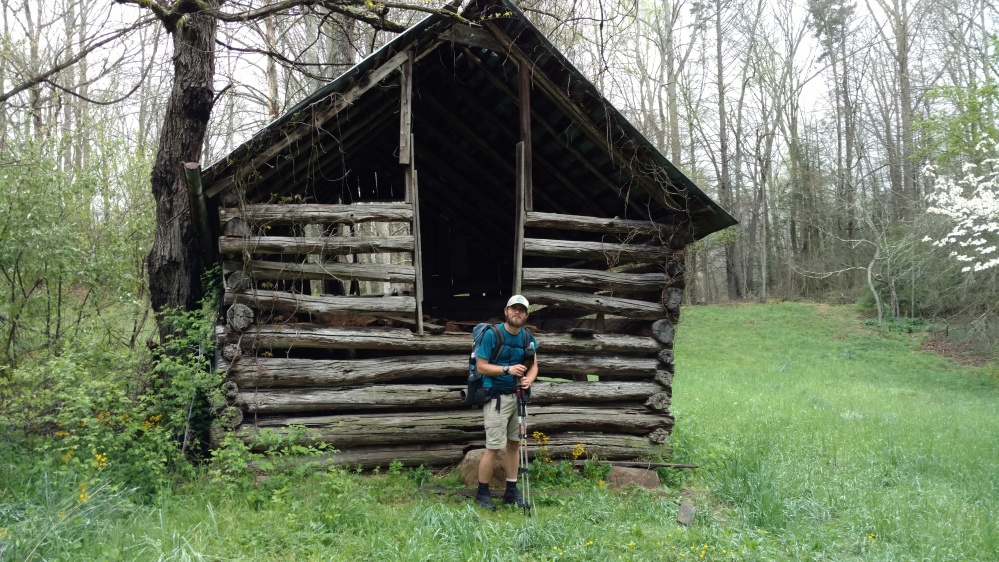 Once in the canyon area the trail began to get a little rockier.  We began to hear streams and rivers off in the distance.  Laurel Falls was coming up soon.  Zeus had found out recently that his aunt did some of the trail work near there and was excited to see it.  He had left earlier than us and was probably at the falls already. Soon we were on a section of the trail that was on a spine of rock.  The land falling away on either side.  It was around there where we met Sir-Poops-Alot.  Sir Poops was looking for a place to go….you guessed it, poop.  He said he got the name because he goes around six times a day.  I voiced my concern about that.  I thought he might have some sort of giardia, but he said he was always like that.

Sir poops went on down the trail to find a spot while Stoat and I stopped for a minute.  When we started going down the trail again it wasn’t long until we saw a pack on the side of the trail with trekking poles stuck in the ground in a x shape.  That was the universal sign that let others know there was a pooping hiker in the vicinity, and to avoid looking in the direction beyond the pack.

The trail began to twist and turn through small canyons that looked like they were made for the trail.  Below us we could see a river snaking about. 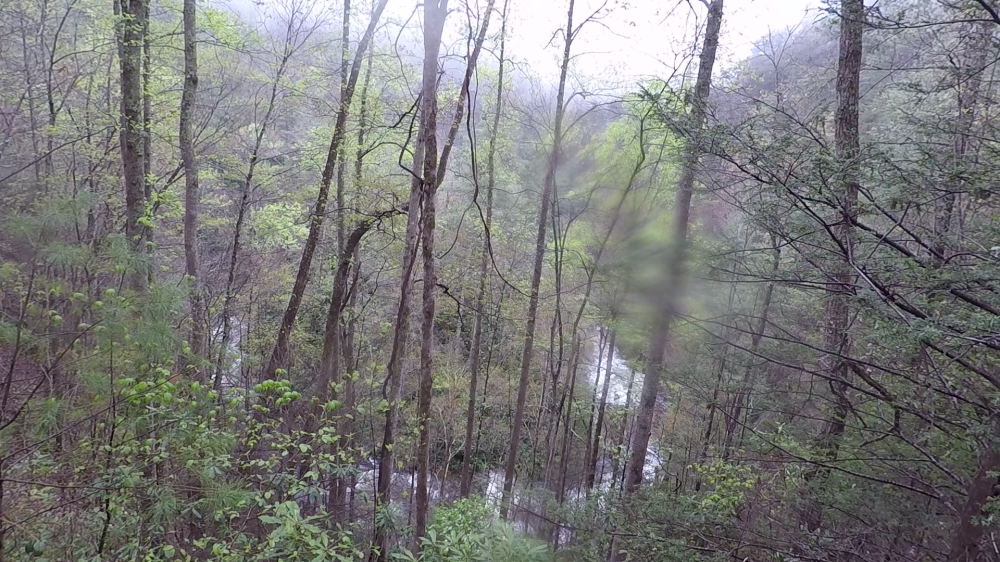 Soon the trail began to get pretty rocky.  That slowed us down quite a bit.  Not because it was rocky.  We had grown up hiking in the Northeast after all.  It was because the rocks were wet and very slippery. 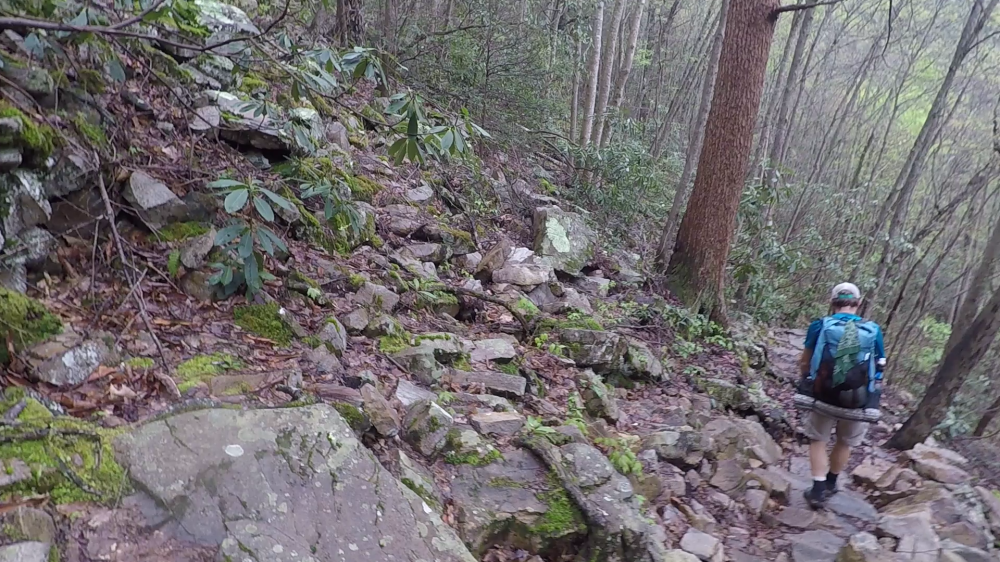 After climbing down the rocky section we reached Laurel Falls. 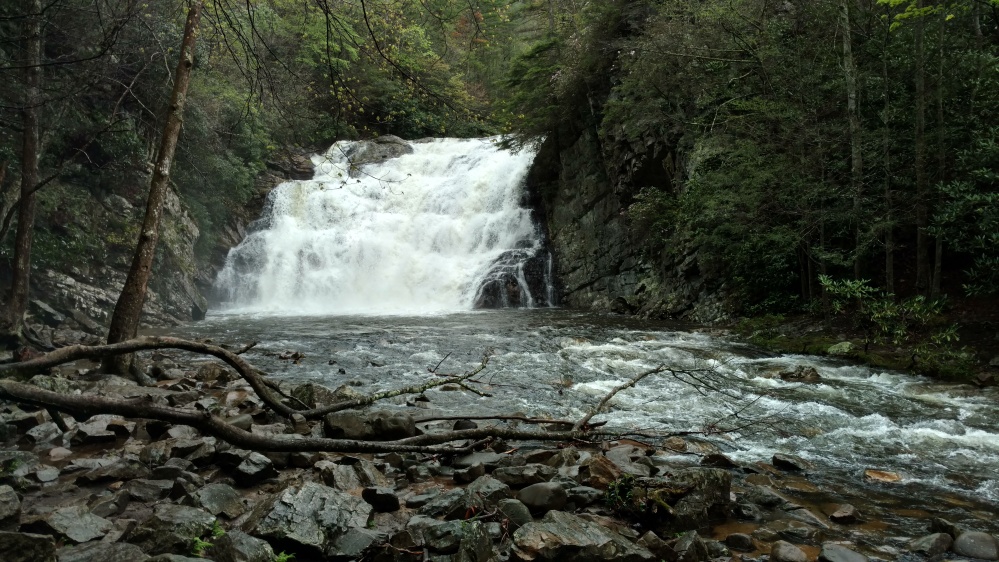 The falls were supprisingly loud.  We were sprayed with mist from a long ways off.  We found out from a local that the falls were bigger than he had ever seen.  The falls were impressive and we decided to stay a while longer.   We wound up leaving ealier than we wanted to because, as our bodies cooled down, the mist began to feel pretty cold.

We walked along the river for a little bit until it looked like the trail just ended at a rock wall.  We stopped and looked around.  We heard that part of the trail was closed to flooding the day before but the trail didn’t lead into the water. It just stopped. 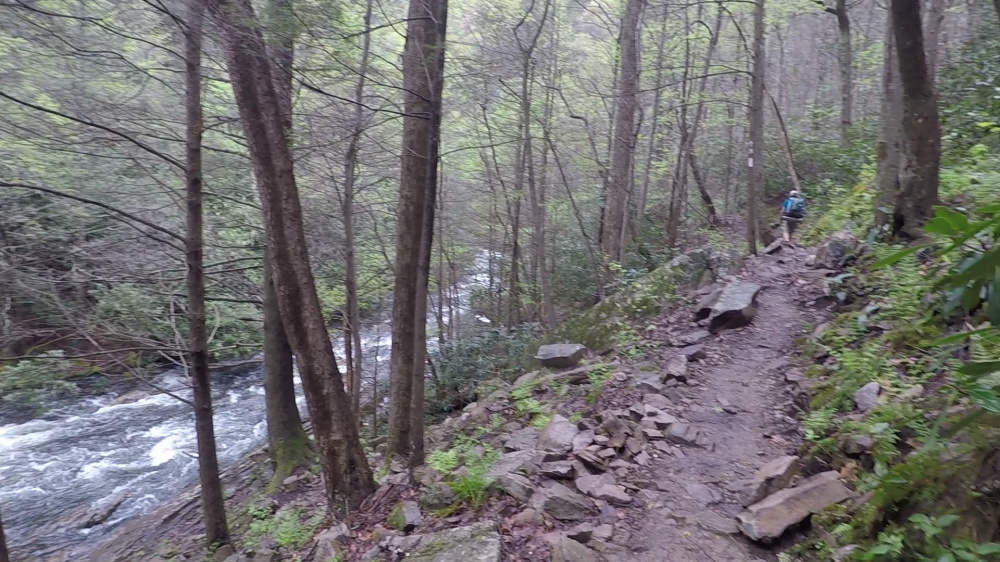 It wasn’t until we walked right up to the rock wall that we noticed a faint trail that led around a rock ledge. 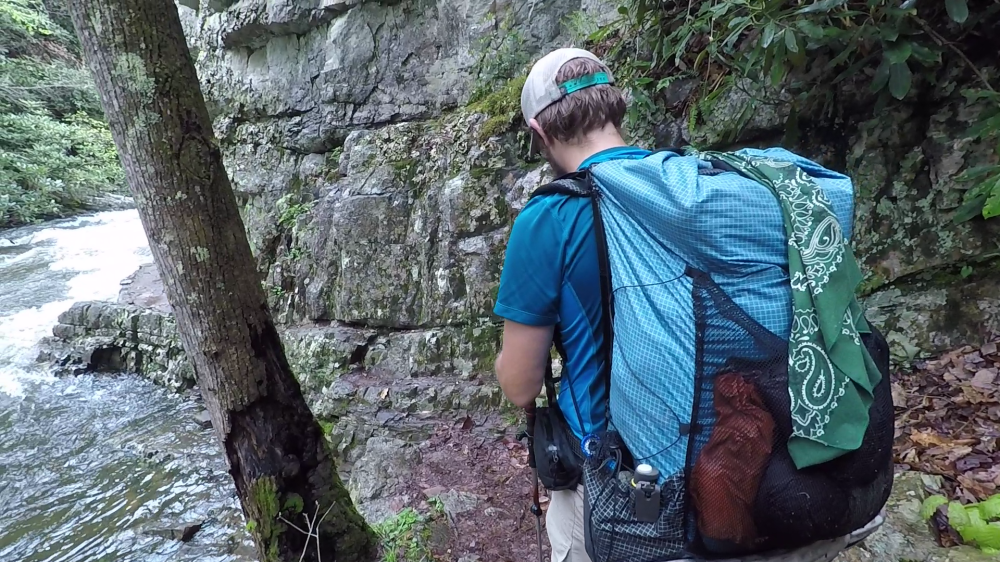 The river was only a few inches below the rock ledge and we had to lean into the rock wall to avoid falling into the river.  The trail got wider once we got around the bend.  It was still pretty slippery and falling in the the river was still a possibility.  It was an unexpected but fun bit of trail.

Over the next six miles we went up and back down a 2000 foot mountain.  We weren’t really sure why the trail went over it as there weren’t any views to speak of.

Once we went over that mountain we arrived and Shook Branch road.  Our final destination for the day.  There was a hostel called Boots Off Hostel that we were hoping to stay in.

When we got there the owner was very nice and showed us around the place.  It had a bunkroom, a common area building that had a deck and an enclosed porch, a camping area, a bathhouse, and some small cabins that were still under construction.

We chose to stay in the bunkhouse.  It was probably the nicest bunkhouse on the AT.  Each bed had a privacy curtain, a light, a pillow, and a electrical outlet. 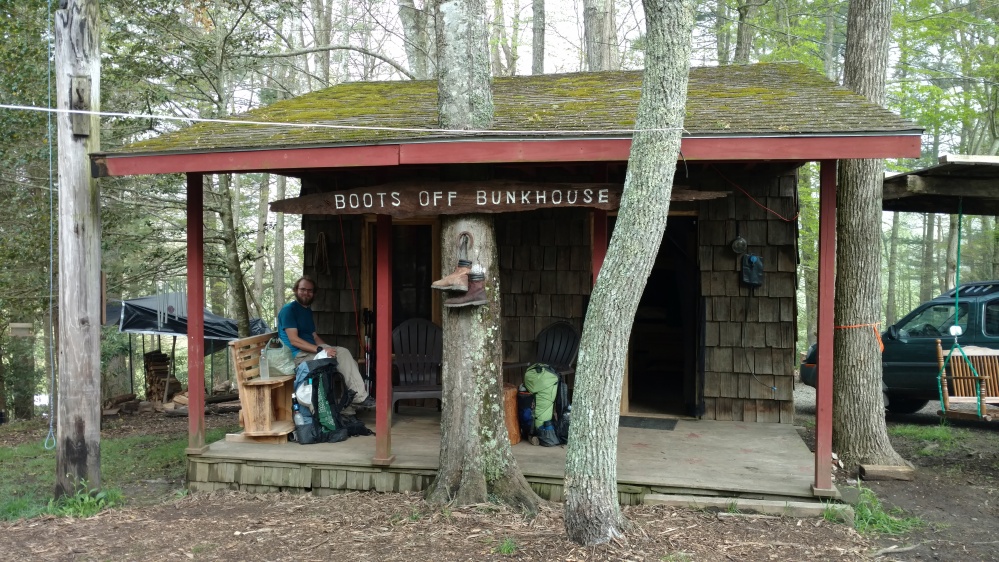 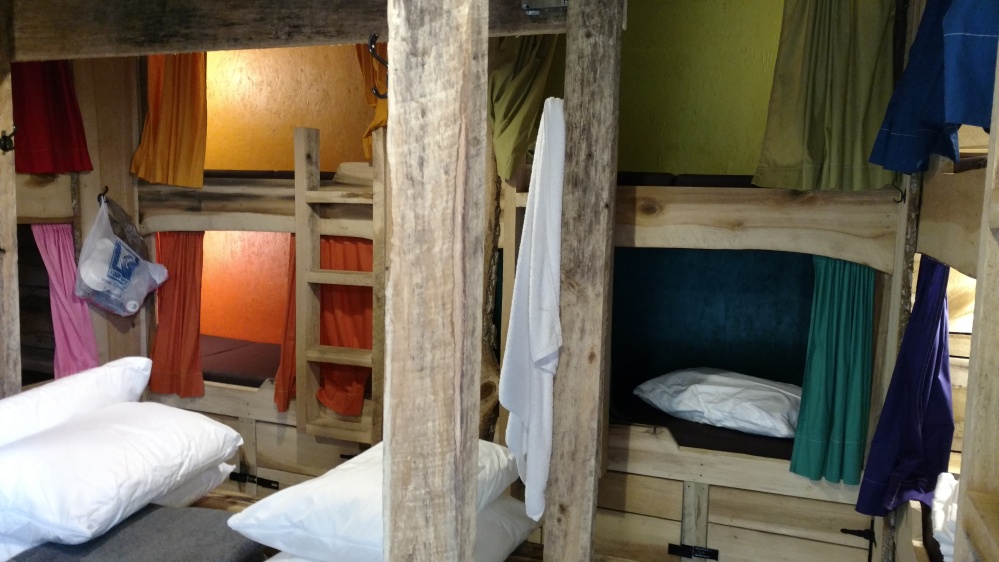 The owner, Jim, let us know there would be a shuttle to the local McDonalds around dinner time.  In “real” life I would try to avoid Mcdonalds at all costs, but on the trail it represented one thing.  A massive influx of much needed calories.

We hung out on the deck for a while.  There were snacks for available for purchase so so sat around sipping on soda.  Zeus was staying in the camping area and came up to join us.

There were three southbound hikers there.  Two women and a man.  It was the first time we had met any southbounders.  It was interesting to hear their story.  They had started in the late summer / early fall of 2016.  They hiked south until it was to cold to hike.  Then they took a few months off during the winter and started up from the same spot once it got warmer.  To “count” as a thru hike the hike must be done in 365 days or less from when they started.  So they still had plenty of time to get to Georgia.

The showers at the hostel were interesting.  They had a wash basin with holes punched in it to act as the shower head.  The hot and cold water mixed in the basin and dripped down.  Because the water mixed in the basin there was a delay between when I adjusted the temperature and when I felt the change.  This led me to be first uncomfortably hot then uncomfortable cold.  Once the temperature was adjusted the shower was awesome.  The basins circumference was so wide I felt like I was in the mist comfortable rain storm ever.

We eventually made it to McDonalds and gorged ourselves on food.

When we got back Jim encouraged us to make a fire.  He pointed to a large stack of firewood and told us not to use those.  That’s what they used to heat the place with.

Hikers scrounged around and found some branches.  Due to all the rain most of them were soaked. We got a small fire going but it was smokey and pretty pathetic looking.  Jim passed by and said that the fire was the saddest thing he ever saw.  He soon returned with several large split logs from the stack of firewood.  “Lets have a real fire”, he said.

The fire brought over all the guests and we had a great time sharing stories around the campfire.