The day started out with a good old fashion river crossing.

It was the first time we had to take our shoes off to get across, and the water was surprisingly cold. It wasn’t as cold as glacial melt, but the fact that it reminded me of it, might give you an idea of how cold it was.

We hung out on the other side of the river for a few minutes to let our feet dry, and then continued northward.

We began to climb up the range of mountains that seemed to be all an offshoot of White Cap Mountain.

We went over Gulf Hagas, West Peak, and Hay Mountain without seeing too much.  It was cloudy and the tall trees prevented us from getting any sort of view.

Thankfully, this mountain range was much easier on the knees than the Chairbacks had been.

When we began the final ascent up White Cap Mountain, the wind picked up and the temperature dropped.  We were walking into the clouds.  That was disappointing.  White Cap was supposed to have the first view of Katahdin.

The summit was completely clouded in.  We check out the short side trail that led to the views of Katahdin, “Just in case.”  No luck. 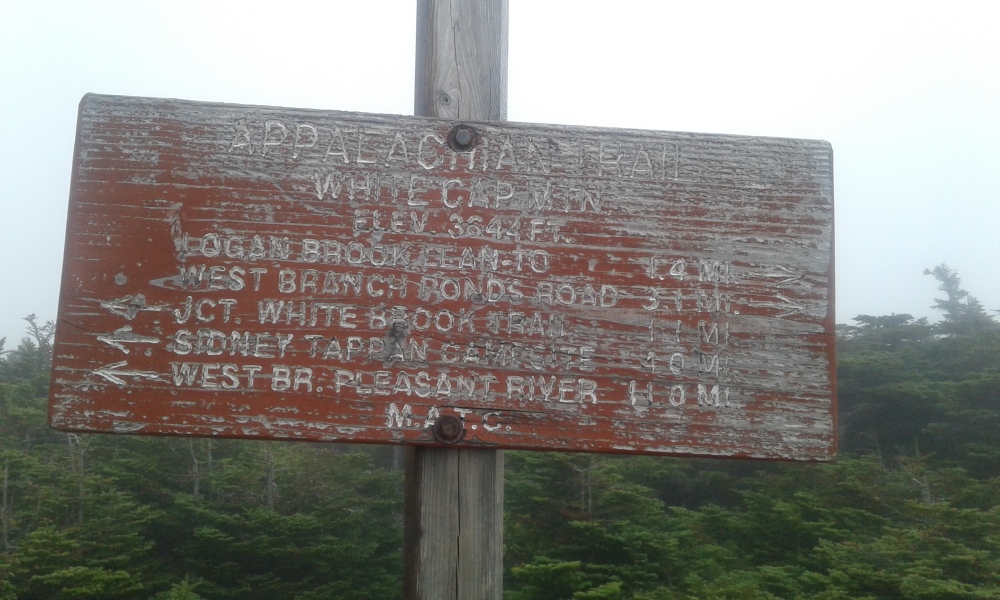 Besides getting skunked on a view of Katahdin, we also got skunked on the view from the last mountain before climbing Katahdin.  The last real one, at least.  There were one or two more but,  according to the map, they were barely anything more than hills.

As soon as we started going down the other side of the mountain, the wind really kicked up and the cold temps felt like they changed to freezing temps.  We got back down to treeline as fast as we could.

Even though it was uncomfortable, it was still fun to be above tree line for a bit.

Before we got back under tree cover, we did get one glimpse of the lands below.

From White Cap, there wasn’t anything to do but walk 4 miles downhill to the East Branch Lean-to.

Once at the shelter, Stoat and I went to go find a place to setup our hammocks.  The camping area around the Lean-to was very interesting.  There were several 10 foot boulders with full grown trees growing on top of them.  Their roots came down the sides of the boulders, giving the whole scene an strange look.  When Flashfire saw the area she said it looked like something out of Jurassic Park. And….no one took a picture of it.  The best picture I have shows a much smaller example of the trees on rocks phenomenon in the background.

The pic does show off my sweet hammock spot though. 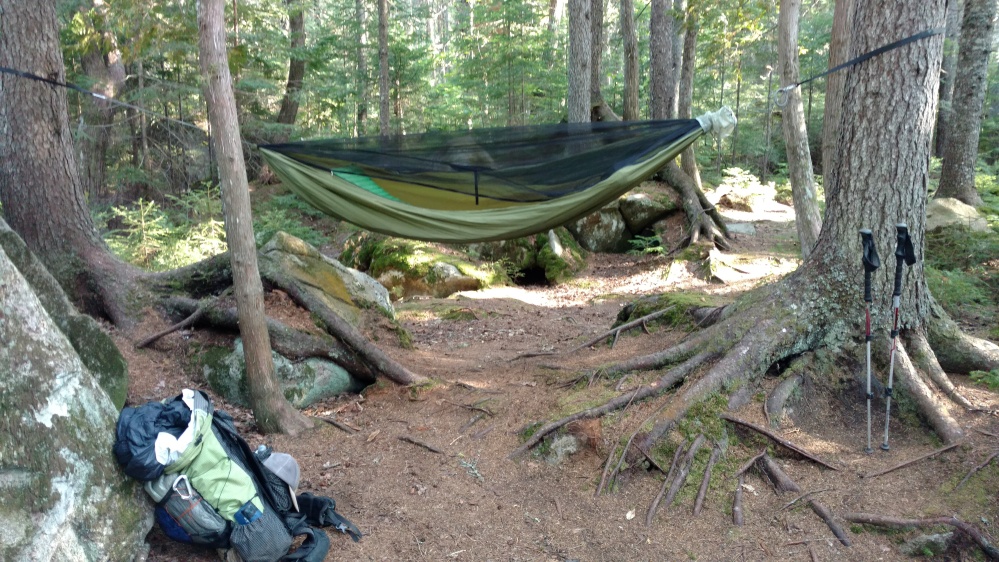 Everyone pitched in to gather wood for a fire.  Flashfire put her fire starting skills to use and soon we had a nice little fire going.

I got out a granola bar for a pre-dinner snack, and found that it was frozen solid.  Ok, it wasn’t really frozen, but it felt like a cold rock.  Thankfully, we just built a fire.  So,  I thawed out my granola bar over the campfire

Besides the Tramily, the only other hikers that were there were Slim Shady, Josie, and one other hiker.

By now, the Tramily saw Slim Shady and Josie as part of our extended Tramily.

The other hiker was named Primo, and had been hiking with a guitar the last time we saw him.  When we saw that it was missing, we asked him what happened to it.  He said, “I had just enough money to buy food in Monson.  Once I paid for it, I was completely out of cash.  I traded the guitar for a stay and breakfast at Shaws hostel.”

At first we thought Shaws took advantage of him, before Primo reassured us that the guitar was almost worthless and that Shaws was actually being pretty generous.

All this and much more was talked about while we stood around the campfire. 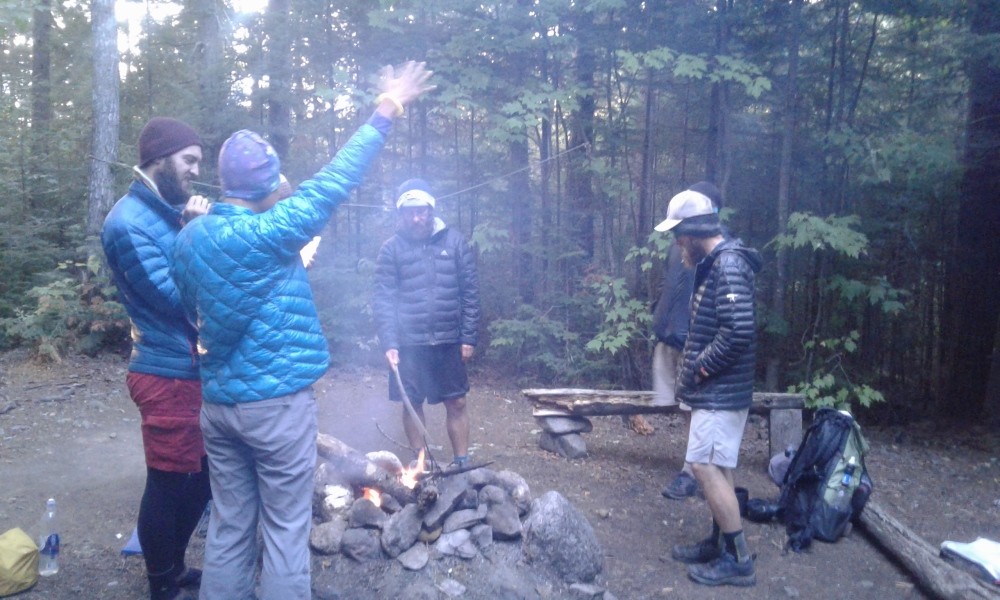 I’m surprised to find that this is one of the things I’ll miss most about the AT.