I didn’t sleep much last night.  Neither did Stoat or Zeus.  The beds were comfortable and the temperature was great for sleeping.  I, for one, just wasn’t tired.  Maybe it was because we only hiked 8 miles into town, but I think it was the proximity to Maine that kept us up.

The first word that comes to mind to describe how we felt is excitement, but that’s not quite right.   Excitement was part of it, but there was something else.  There was a sense of accomplishment but also a sense of incredulity.  How are we here?  By walking all the way of course, but it still didn’t feel real.

The other thing was that our time on the AT was running short.  Every day was such an adventure.  We didn’t want it to end.

We still had several weeks of hard hiking ahead of us, but compared to the months that we had been in the woods, it felt like a very short time.

All this is to say, that I was up early.  Early enough to witness one of Paul’s daily chores.  Taking care of the Cadillac shuttle.  He checked all the fluids and topped them off when necessary.  I was surprised at how clean everything under the hood looked.  A car that old shouldn’t look that good.  At least one that shuttles hikers shouldn’t. 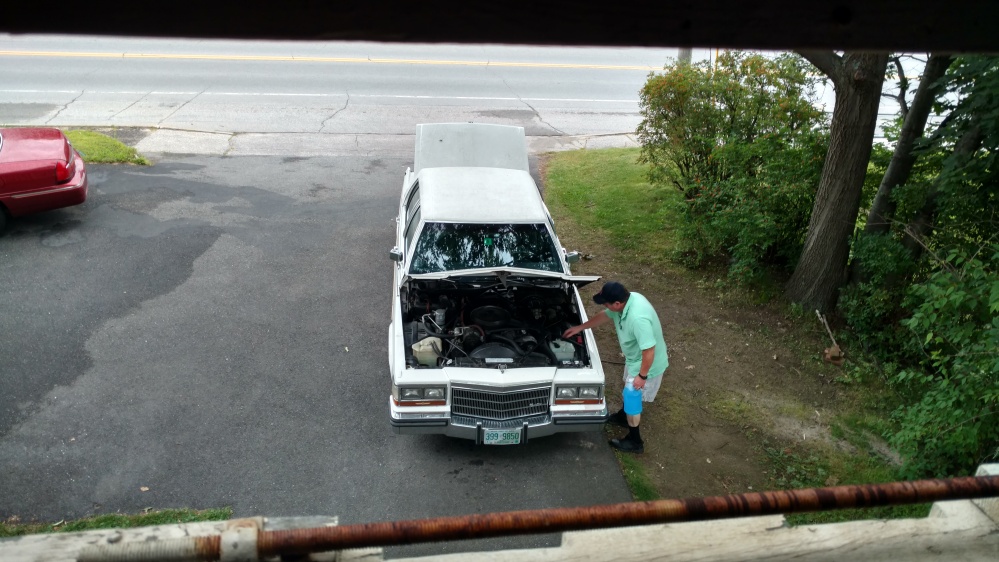 After we left the summit of Hayes the trail went up and down some steep areas, but there weren’t any views to speak of. 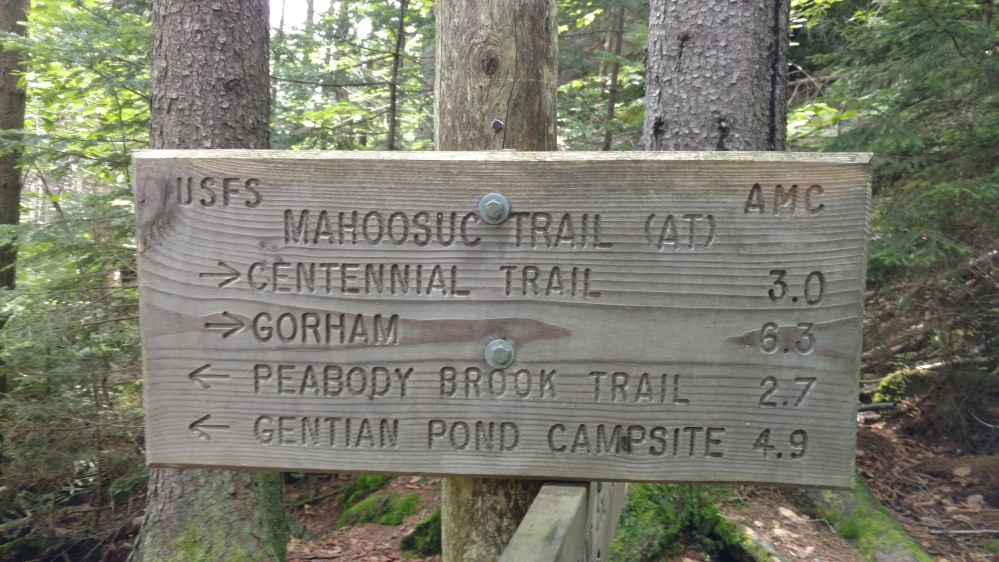 Somewhere along the way, we bumped into Tommy Two Times and Bullseye.  We hadn’t seen them since we left Hot Springs North Carolina!

The only other highlights of the day were when we saw a nice pond (no moose sightings) and hit the 1900 mile mark. 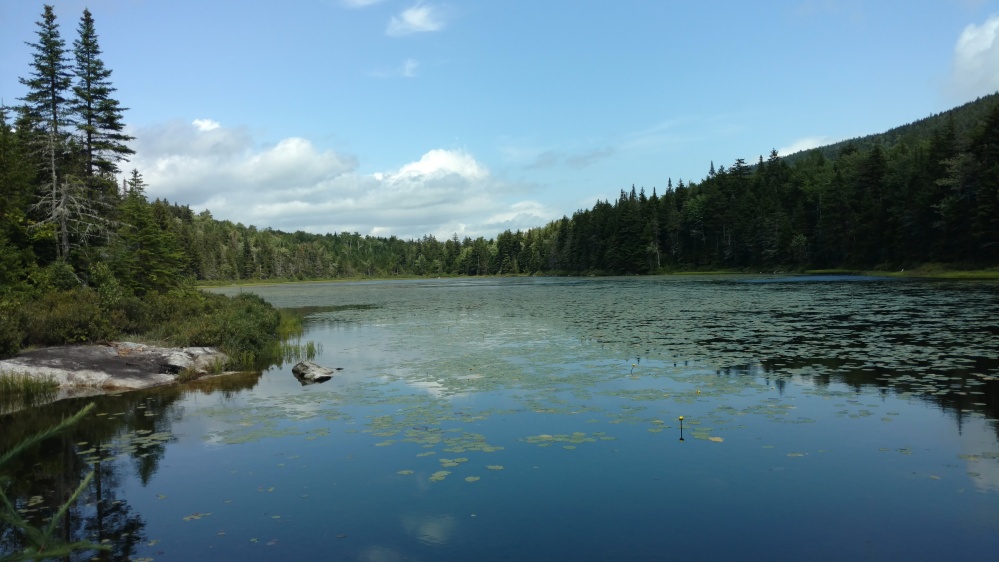 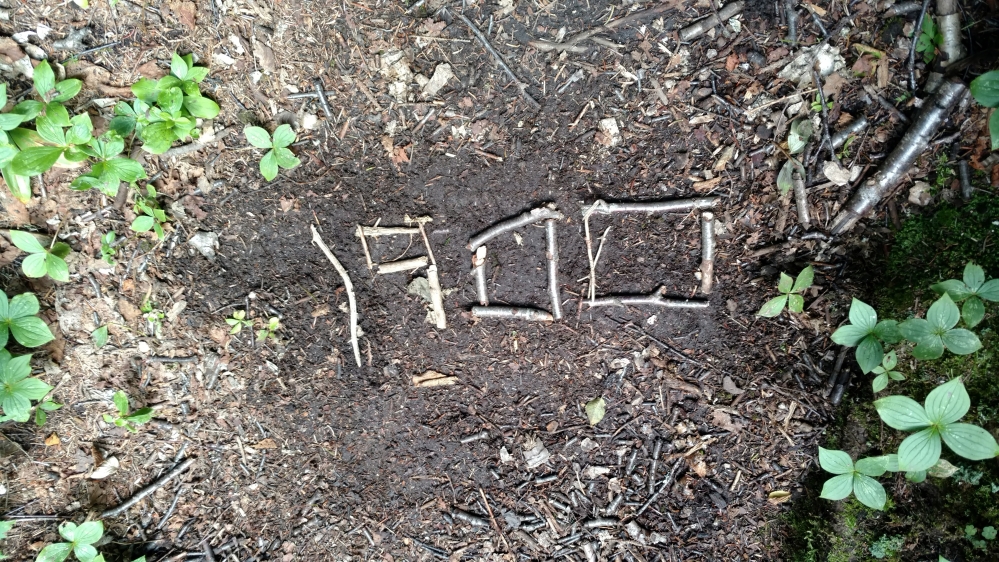 The Gentian Pond Shelter is, unsurprisingly, located next to Gentian Pond.  The pond had a family of beavers living it, and it was fun to watch them go about their work. 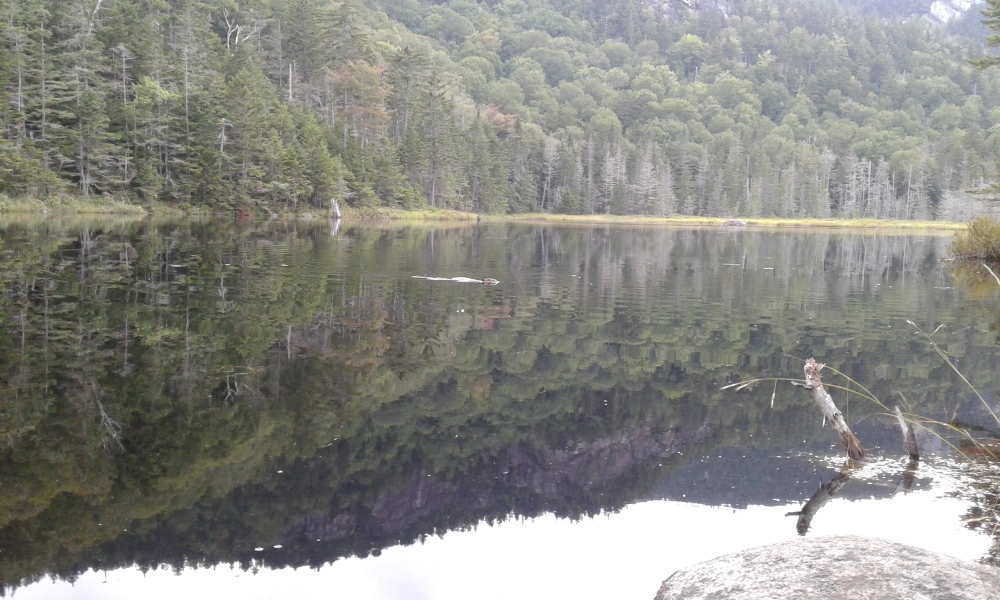 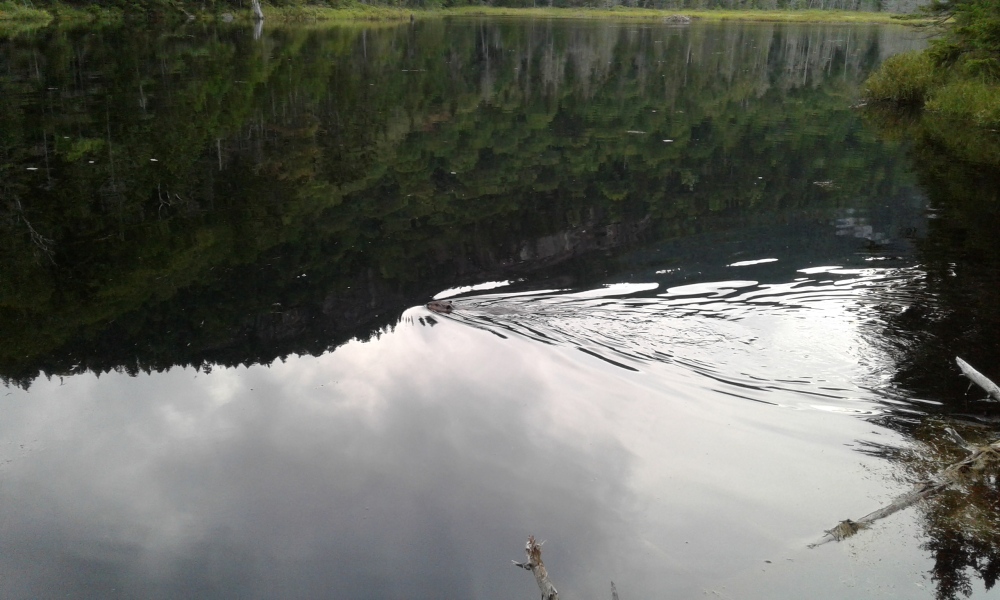 Not long after we got there, Drop Top and Bear Bait strolled into camp.  The last time we saw them was in Damascus Virginia!

While we were talking to them, Peanut Pan showed up.  We hadn’t seen him since we were at the trail magic party on the 4th of July.  This time, he was with a female hiking companion instead of the guy (Family Size) that he started the trail with.  That raised a few eyebrows.  No one asked about it though.  The closest I came to saying anything about it, was to smile and give him a thumbs up.  He laughed and said, “Why is everyone doing that when they see me?”

So, we had a little reunion of sorts.  It was nice to see several people who we knew from early on in the trail.  We ate dinner together and shared some stories.

The social aspect of the trail was something I never really considered prior to the hike.  Of course I knew that we were going to meet other people. But to enjoy, and even look forward to hanging out with other people at the end of the day, was a little surprising.

It was a great conversation, and we talked about all sorts of things, but one thing was clearly in the back of everyone’s mind.

Maine was only 4.6 miles away.