Last night I heard a rustling sound very close to my hammock.  I didn’t setup my rain tarp , so all I had to do was grab my headlamp and shine it in the direction of the sound.  Moving as quietly as I could, I slowly reached for my head lamp.   I pointed it the direction of the sound and turned it on.  Suddenly,  I saw a pair eyes right next to my hammock.  Standing next to me was …….one very surprised deer.  It looked me dead  in the eye and began to pee… and pee…  and pee some more.  Seriously, I had no idea deer bladders were that large.  I began to quietly laugh my head off.  Partly out of relief that it wasn’t a bear and partly because it was so unexpected.

In the morning Stoat was looking at me a little funny.  I wasn’t sure why until he asked me something along the lines of, “How much water did you drink yesterday?  You peed for like two minutes straight!”

Early in the day Stoat and I approached a road crossing.  Up ahead we could see two women up ahead trying to hitchhike. They looked like a mother / daughter team.  As we got closer to them, a pickup truck pulled up and offered them a ride.  As they were hopping into the bed of the truck we could hear the daughter of say, ” Dad would kill us if he knew!”

Five miles after the road crossing we got to another mile marker.  Stoat and I did our high five routine and stopped to take a picture.  900 miles. You know how vast amounts of money start to become unfathomable after a certain amount?  It’s kind of like that with miles too.  It was hard to comprehend that we had just hiked 900 miles, and we were there when it happened! 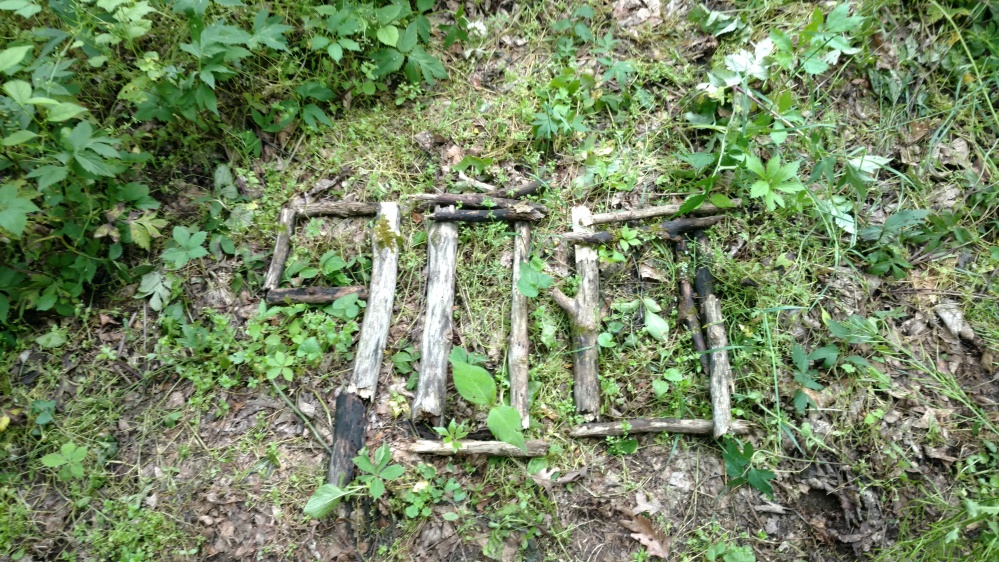 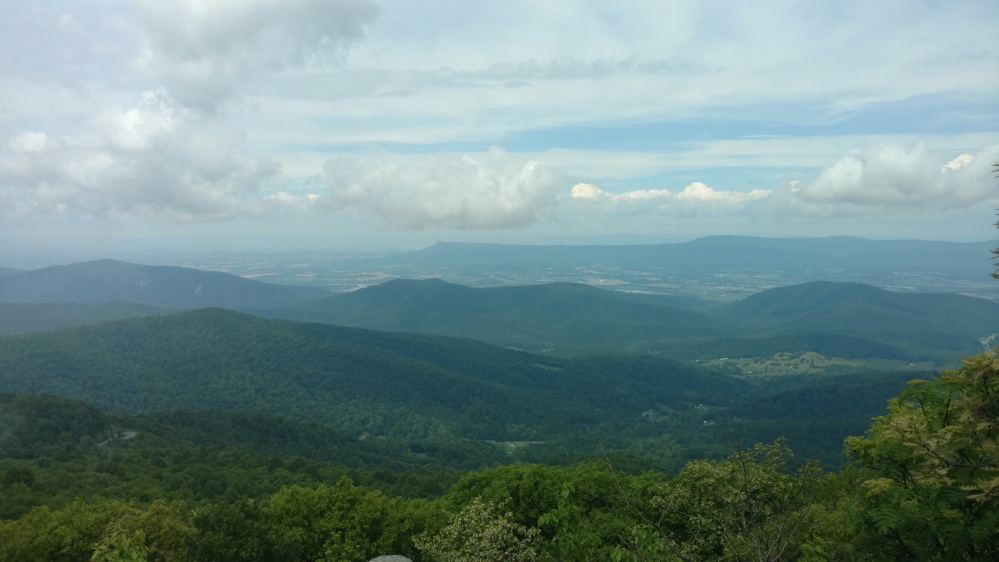 The forest had a very lush feel to it.  I guess all the recent rain helped with that.

My feet began to hurt badly during the last three miles to the hut.  With every step pain signals were trying to tell my brain to stop walking.  Usually I could tune it out but for some reason this pain was a little worse than usual.  It could have just been foot fatigue.  This was the first time we had done back to back  20 plus mile days.  Whatever the cause, my pace dropped precipitously.

I was just about to the hut when I saw the Hitchhiking Mom from this morning.  I said something to her about hitching a ride and she looked me dead in the eye and said, “Sorry, I don’t know what you’re talking about.  Bye.”  I walked away a little embarrassed and very confused.  I thought for certain that she was the lady that we had seen in the morning.

When I got to the shelter Zeus and Flashfire told us of their  bear encounters.  They had been hiking together and Zeus stopped to go to the bathroom.  There wasn’t any reason for Flashfire to wait, so she hiked on.  A few minutes later she saw a bear cub.  She tried to shoo it away but it kept coming back to see her.  At first she thought it was cute but then decided she better get out of there.  The mother had to be around somewhere.

At the same time she was making her way away from the cub, Zeus was a little ways back down the trail refilling his water bottle from a stream.  Suddenly a large bear came from out of nowhere and ran right by him.  I guess momma bear knew something was up, and went to check on her cub.  Thankfully, by that time Flashfire was long gone.

At the hut we met another thru hiker named Bottles.  She was cool and hit it off nicely with our group.  While we were talking with her  the Hitchhiking Mom walked up to me and said,” Sorry about before.  We’re hiking with my daughters friends and they don’t know that we got a ride to skip a part of the trail.”  I laughed and I said, “No problem. Your secrets safe with me.”

Hitchhiker Daughter came over a minute later to join in the conversation as well.  Suddenly the Mom said “Wait, who is a thru hiking?”  When all five of us raised our hands the mother and daughter looked at each other with glee.  It was like they had just spotted a rare animal that they were really hoping to see on their vacation.  They began to ask all kinds of questions.  They mainly spoke to Bottles, who was around the daughters age, while the rest of us played a supporting role.

Recently a lot of day hikers had had the same reaction as the Mother / Daughter team.  Seeing someone get excited about meeting us never got old.  To me, the excitement that the hikers expressed was a type of trail magic in itself.  It gave us an energy boost and reminded us just how lucky we were to be thru hiking. How lucky we were to be pursuing a dream.

This blog has just passed 2000 reads. I just wanted to quickly thank everyone for continuing to follow our adventure.  THANK YOU!