I got up early to see if I could get some sunrise pictures.

I went back into the shelter to get some warmer clothes.  As I was coming back down the ladder from the second floor I heard someone say, “Ponies!”  I popped my head out of the shelter and saw a pony with my trekking pole in its mouth.  Without thinking I went over and took the trekking pole out of its mouth.  Once I got it back I realized I just walked up to a somewhat wild animal and took away what it was trying to eat.  Not smart.  The animal didn’t seem to mind though.  It just kind of stood there like, ” You got anything else to eat?”

My trekking pole was ok.  It seemed the ponies were more interested in the salt from my sweat than the pole itself.

When I looked around I noticed it wasn’t just one pony.  It was a herd. 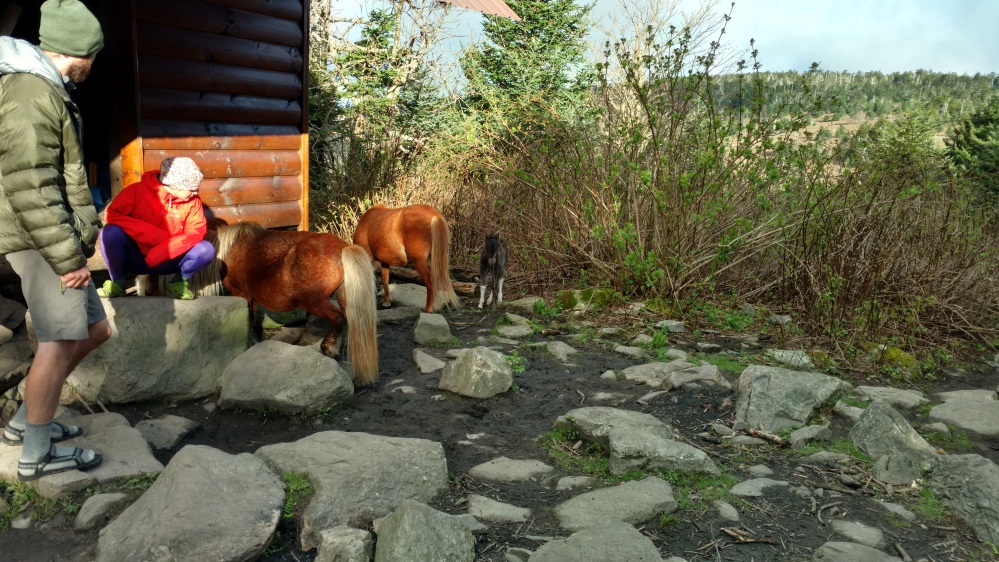 Zeus, Flashfire, and several others left really early and missed the ponies at the shelter.  Needless to say, everyone who was still in the shelter hung out with the ponies for a while.

Stoat was loving it.

Eventually the ponies got tired of licking salt off of dirty hikers and went on their way. 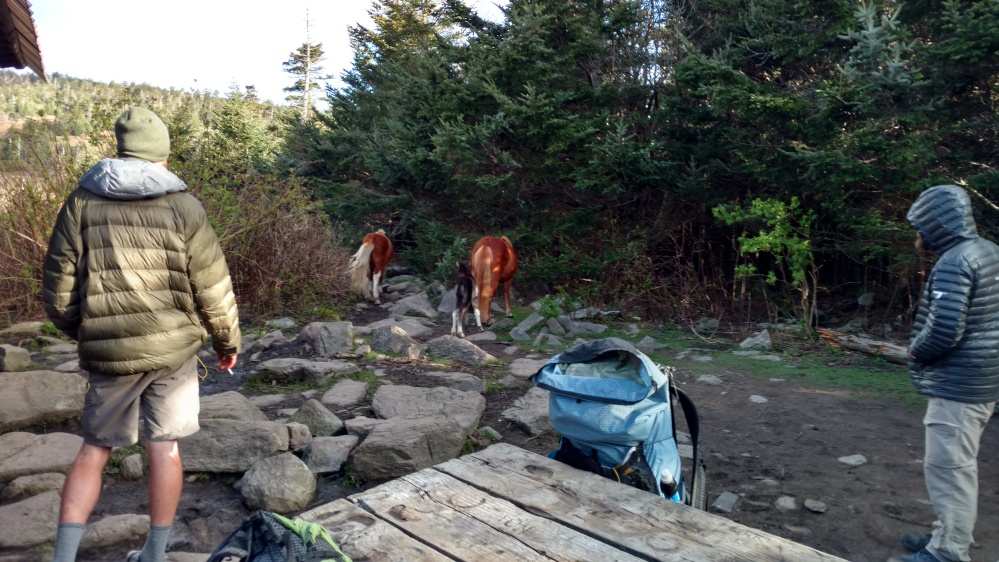 Once the ponies left we decided to get going ourselves.  I wasn’t long until we found more Ponies.

If someone showed me a picture of the scene I would have guessed it was somewhere out west.

I couldn’t stop taking pictures of the scenery. 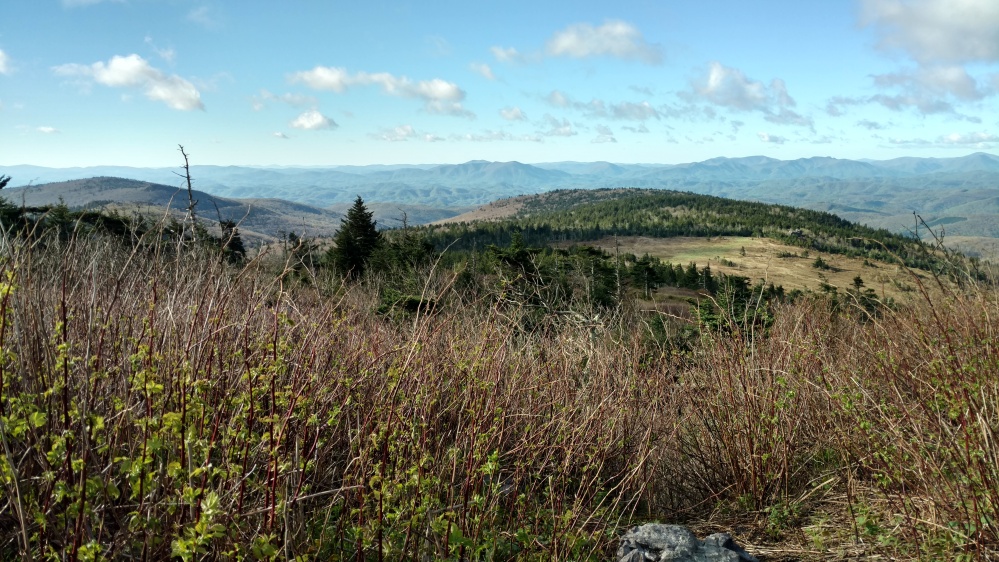 Soon we passed a rock out cropping and we had to investigate.  It reminded me scene from the Lion King were Simba is held over a ledge for all to see. 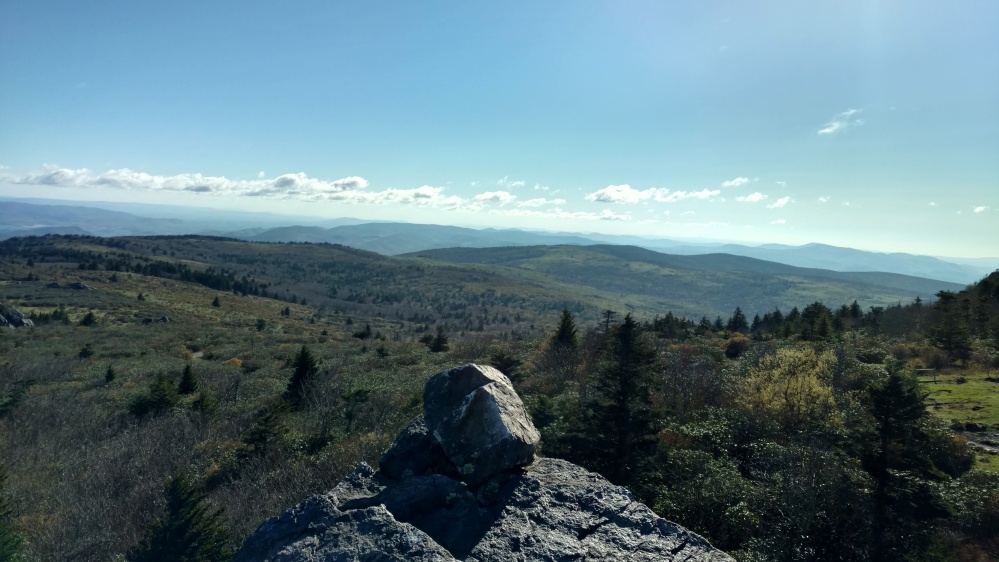 I tried to reenact the sceane but the angle of the camera wasn’t quite right.

Not long after that, we saw a rocky hill off in the distance.  When we got closer we saw that we would have to take a short side trail to get there.  Never ones to pass up a short side trail, we went over to check it out.  When we reached the top the wind was absolutely howling. 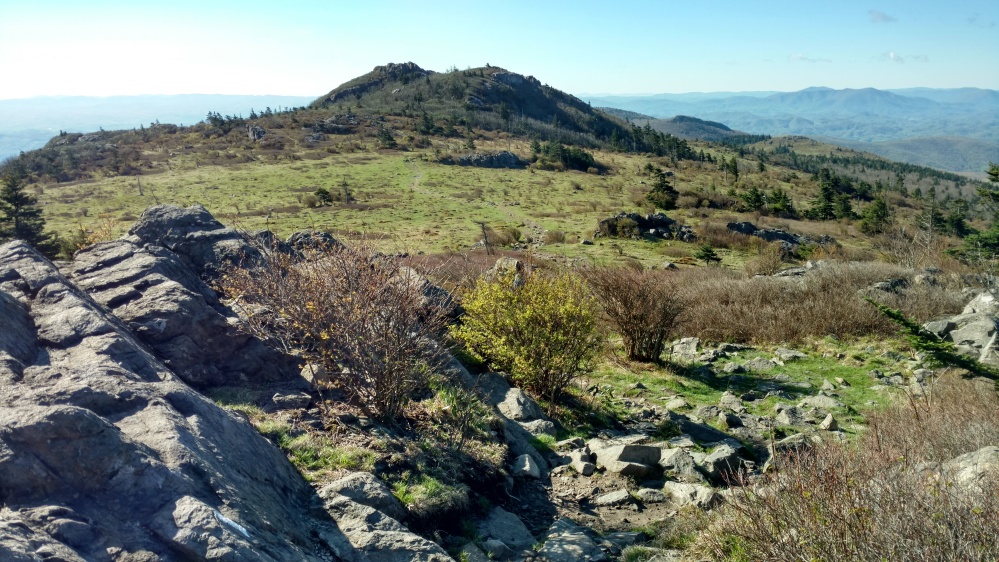 When we got back to the trail we went through the “Fat man squeeze”.  A cool little cave like area.

A few minutes later we saw a mile marker on the ground.

We crossed the maker together and gave each other high fives. We had hiked 500 miles.  We took a minute to try to let that sink in.

Not long after we passed the mile marker we saw a sign that said, “No Horses”.  We found that pretty humerus as there were packs of small horses all over the place.

Around 11 o’clock we ate an early lunch at the wise shelter with a few other hikers and a few horses. 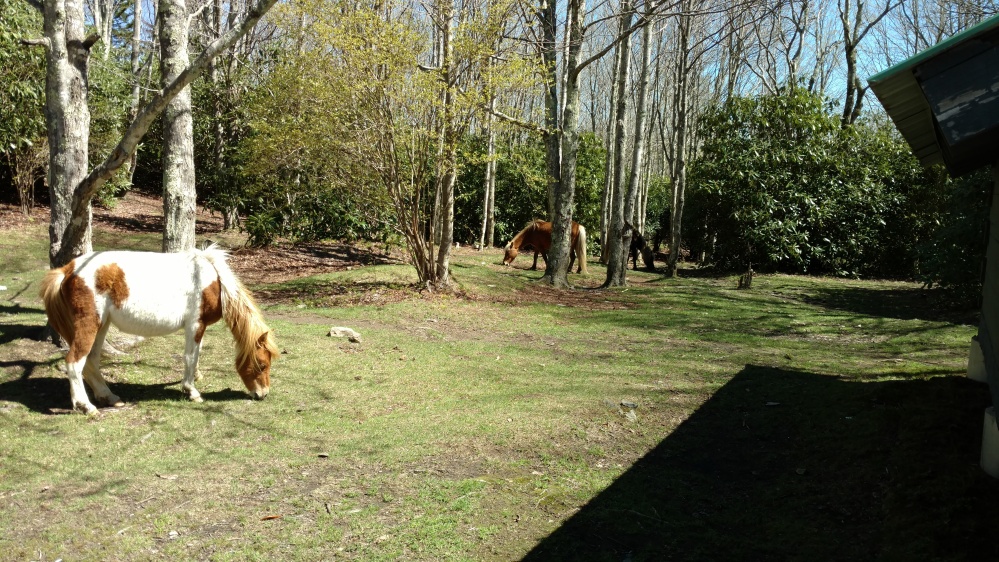 After lunch the trail went down onto a large flat area.  The trail went around in a horseshoe shape (pun intended) and gave us a view of all the peaks we had just gone over.  The wind had died down and the whole area was quiet and peaceful.

Just when we thought we had seen the last of the ponies we found a large pack grazing.  We hung out there for a little while.  Stoat crept up to the herd and I relaxed on a rock. 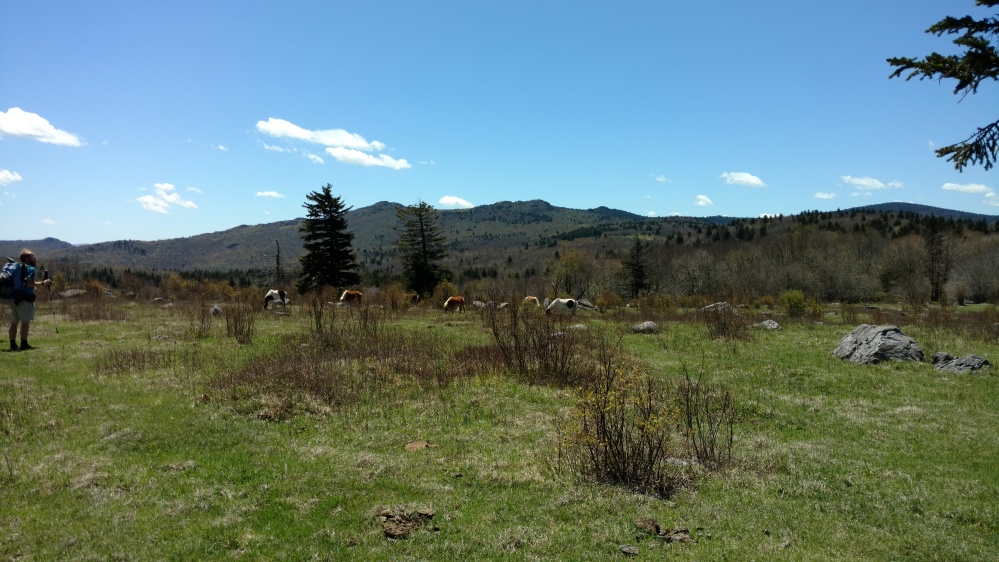 We ended our day near the Hurricane Mountain shelter.  Stoat and I had finished setting up our hammocks when Godzilla, and Turkey stopped by.  They were in very high spirits.  They said that today was the best day on the trail.  I was glad to hear it because tomorrow would be their last day hiking the AT.  I was happy that they were leaving on a high note.