When we were packing up in the morning Stoat was having some difficulty finding the compression sack for his sleeping bag.  If he couldn’t find it that meant that he would lose the added water protection that the compression sack provided.  It was made out of a special fabric called Cuben fiber which wasn’t stocked in most stores.

After I was packed up I went over to help him look for it.  We looked all through his gear. No luck.  Then we figured it might have fallen out of his hammock and blown away.  So we scoured the area.  No Luck.  Stoat gave up and started packing up.

I happened to look over when Stoat was changing his shirt.  There, stuck to Stoats bare back, was the compression sack.  Stoat was relieved and everyone got a good laugh first thing in the morning.  A win-win.

The top of the first climb of the day was described in the guidebook as a Dense Spruce forest.  I thought that was a little weird.  The guidebook didn’t normally describe what the surrounding foliage was like.

Near the top of the mountain and just as we were about to enter the Dense Spruce Forest we saw a small pine tree decorated like a Christmas tree.  We said, “Cool! A Christmas tree!”, and went over to take a look. 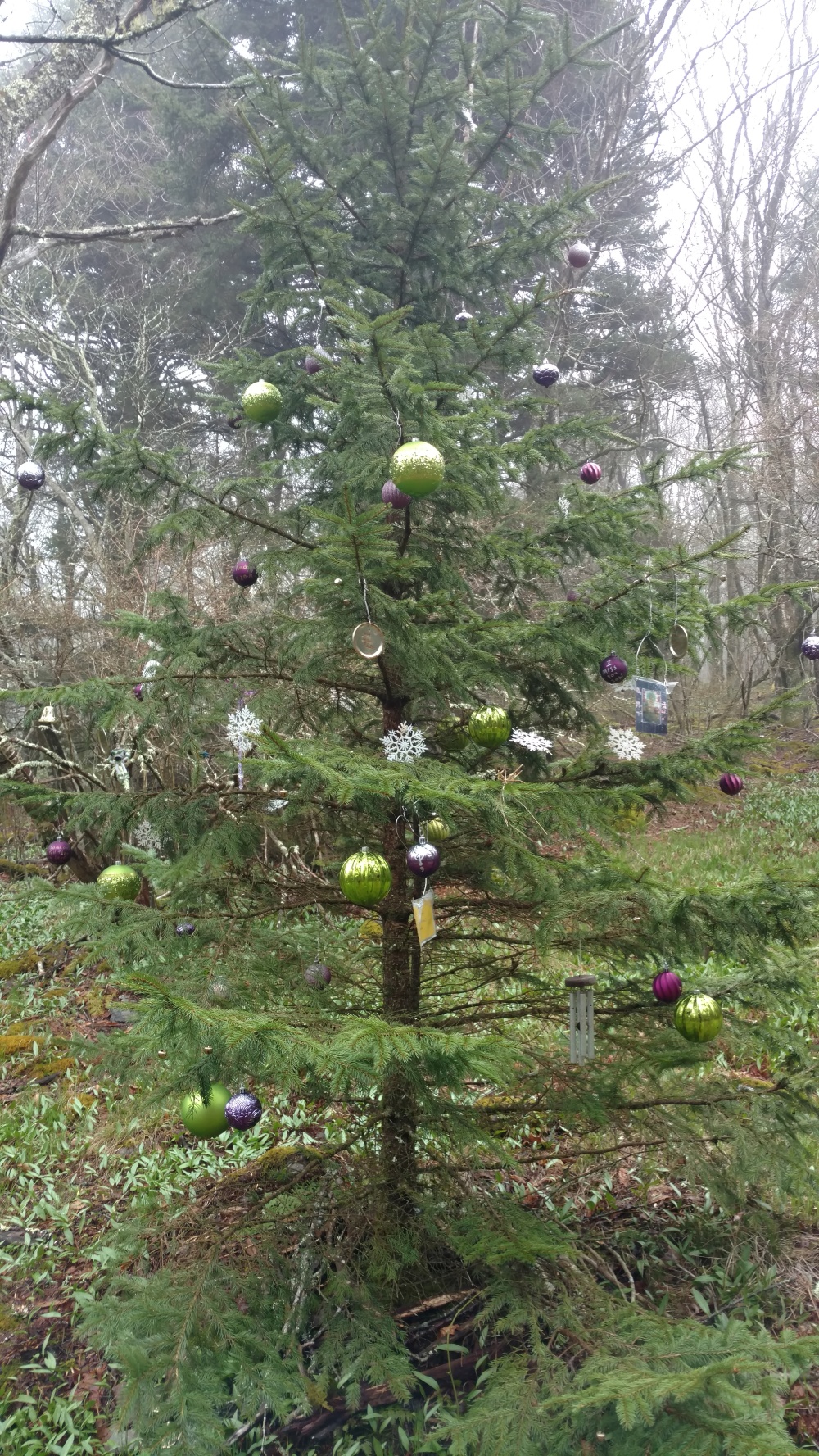 I’ve always viewed joy and sadness as to ends of a curved scale.  Kind of like a speedometer in a car.  Sadness would be at the 0 mph side while joy would be at the maximum.  Lets say 100 mph.   While measured along the arc, zero and one hundred seem far apart.  But when measured in a straight line, zero and one hundred (Sadness and Joy) would appear to be almost right next to each other.

Normally the needle  would have to adhere to the curve of the scale as it moves.  But under certain conditions, what if the needle could jump the short distance from zero to one hundred without passing anything in between? Sadness to joy in the blink of an eye.   This is seen most often at the reception after funerals.  Where people go from crying to laughing in remembrance of something comical in the deceased ones life.   Maybe, sometimes, the needle can be in both places at the same time.

I say all this because as our endorphins were high from the exercise, and we were checking out this decorated tree in the forest, we saw this sign. 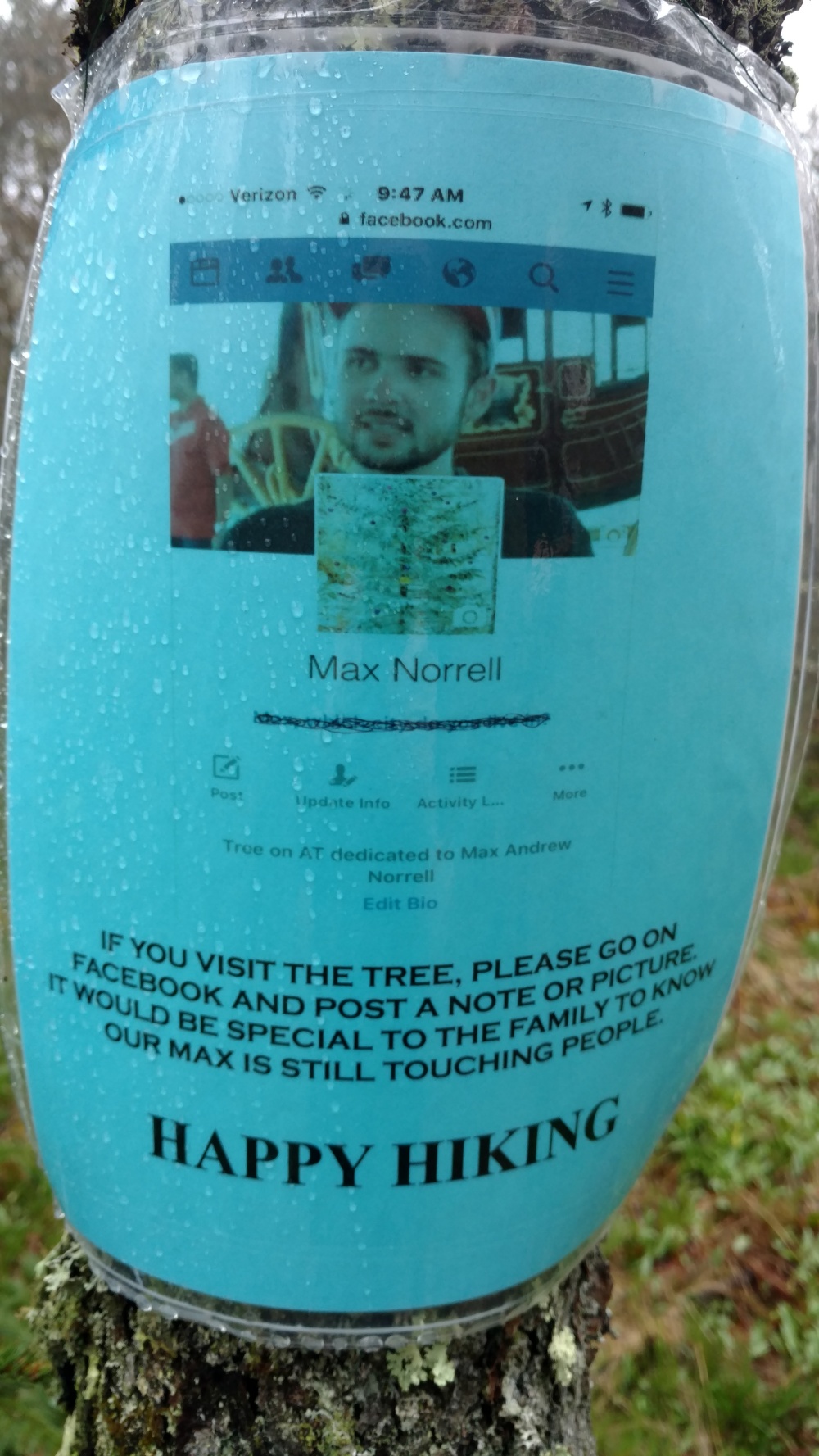 As we took a closer look at all the decorations on the tree we could see that they had comments written to Max Norrell from his friends and family.  Things like, ” I miss you son.”

It was such a touching memorial.  I think most people couldn’t help but be moved by it.

Seeing the memorial set a somber tone as we entered the Dense Spruce Forest.  There was a mist that hung in the air and the sound of the wind through the spruce trees muted any attempt at conversation.  The sun being was blotted out by the mist didn’t take away from the beauty of the area.  It was a subdued beauty. 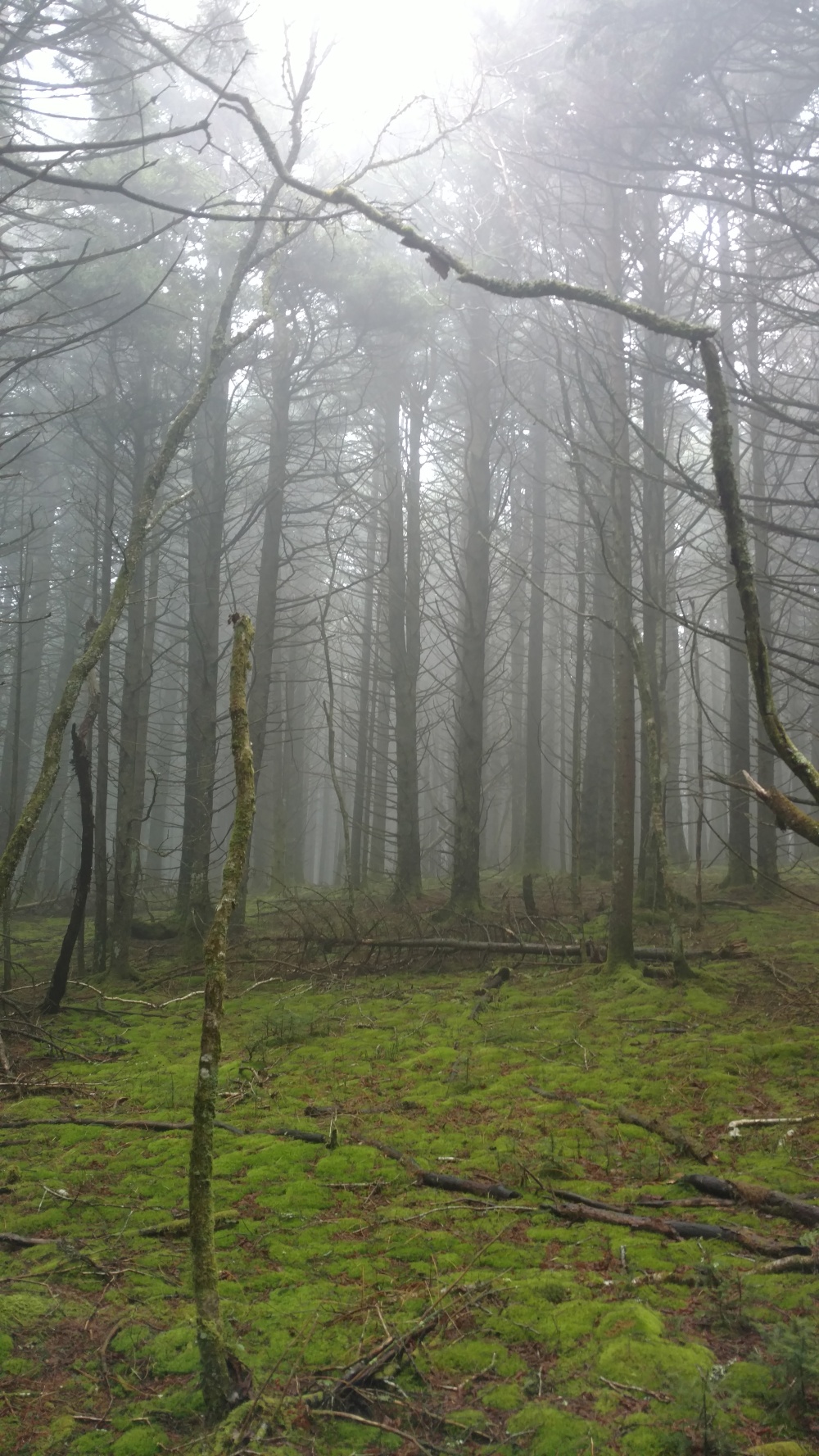 “Beauty is in the subtlety of the moment” – Straps

The elevation profile for the rest of the day looked like the results from a polygraph test. Up, down, up, down, up, down.  There weren’t any views.  We just had to grind out the miles.  By the end of the day we were pretty tired.

“Got trail magic from a real nice older guy.  He kept mentioning that we should hike shirtless so we wouldn’t have tan lines for hike naked day….. Whatever…. Soda and yodels (cake like snack) were good.”