I was not feeling any better when I woke up. To add to the fever, I also had a bad cough and runny nose. It was time to go to the doctor.

The NOC was not part of a town. It was a recreation center in the middle of nowhere. The closest town with a doctor was Bryson City. Fourteen miles away.

I staggered my way over to the general store and the guy behind the counter gave us a list of locals who charge a small fee to give us a ride to town. We picked the name Ms Marie* and gave her a call.

She said she was available and would be there in a little bit. While we were waiting I noticed that there was an entire section of burnt out forest very close to the property. We asked the guy behind the counter about it and he said they thought the whole NOC was going to burn down during last years fire. The guy behind the counter asked us who was going to pick us up. When we said Ms Marie*, he got a big smile on his face. “You guys made a good choice.”

Ms Marie used to work at the NOC for years and all the workers there knew her. When she showed up, she went inside for a few minutes to catch up with the employees.

On the way into town we had a good conversation with her. She dropped me off at the doctors office and then proceeded to give Stoat a tour of the town.

When I went into the waiting room I saw Pom-Pom and Deep Cheeks there. Deeps Cheeks (named after her facial expression) had similar symptoms to mine.

Eventually I talk to the doctor. Apparently a lot of hikers had been coming off trail with similar symptoms. He checked my temperature. It was 101 degrees. He ran some tests, and confirms his suspicions. I had influenza type B.

I asked the doc if I was contagious because I was concerned about infecting my brother. He said, “He probably already has it”.

He wrote me a prescription for 800mg ibuprofen and wished me luck. 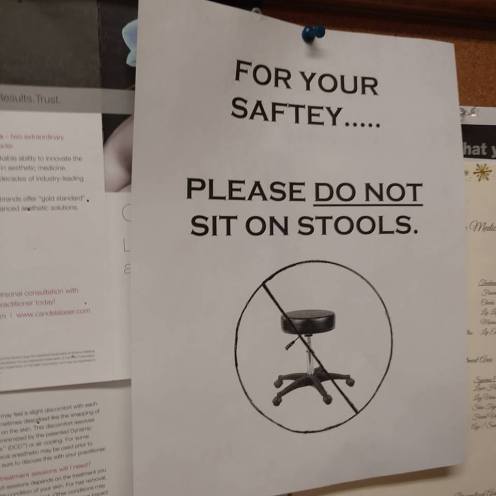 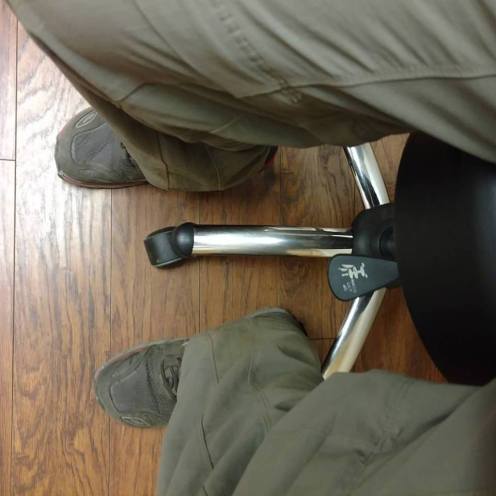 (Living on the edge)

By the time the doctor visit was over, Stoat was back. He had procured lodging at the Relax Inn. I let him know what I had and about the prescription. I left out the part about the possibility of him also having the Flu. There was no point adding to his stress level. In the meantime, I took extra care to be as least contagious as possible.

I wobbled my way over to the hotel, got in bed, and let unconsciousness wash over me.

*Ms. Marie may not be her real name. I was pretty sick and I didnt write it down