The day began with a 1300 foot descent into the valley below.  From the valley we climbed 1700 feet to the top of Lone Mountain.  The theme of going up and down, with hardly any views, lasted for the rest of the day.

At one point, sometime before noon, I saw a strange animal charging at us.  I tried to tell Stoat, who was walking ahead of me, to look out, but my brain was too busy trying to figure out what the heck I was looking at.  I wound up saying something like, “ooo oo oooo!”  Stoat didn’t turn around.  As the animal quickly approached, I thought, ” Bear cub? No.  Wild boar?  No.  Rabbit?…. Holy crap!  That is a massive snow shoe hare!”

The hare ran between Stoat and I, and quickly disappeared back into the woods.  I was convinced that we just had an encounter with The King Of All Rabbits.

Around two o’clock, Stoat and I  came to a plaque commemorating the spot where the final link of the AT was completed. 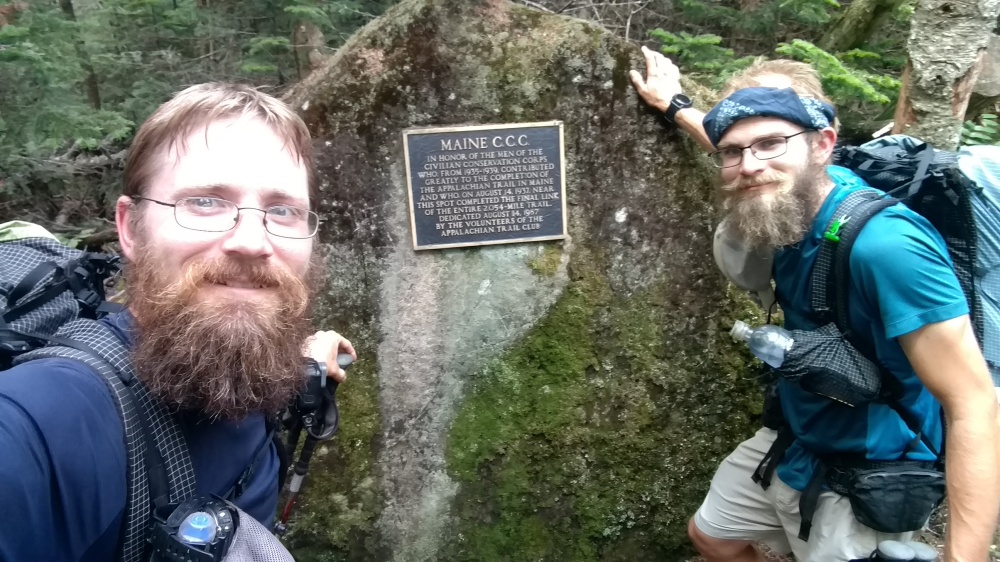 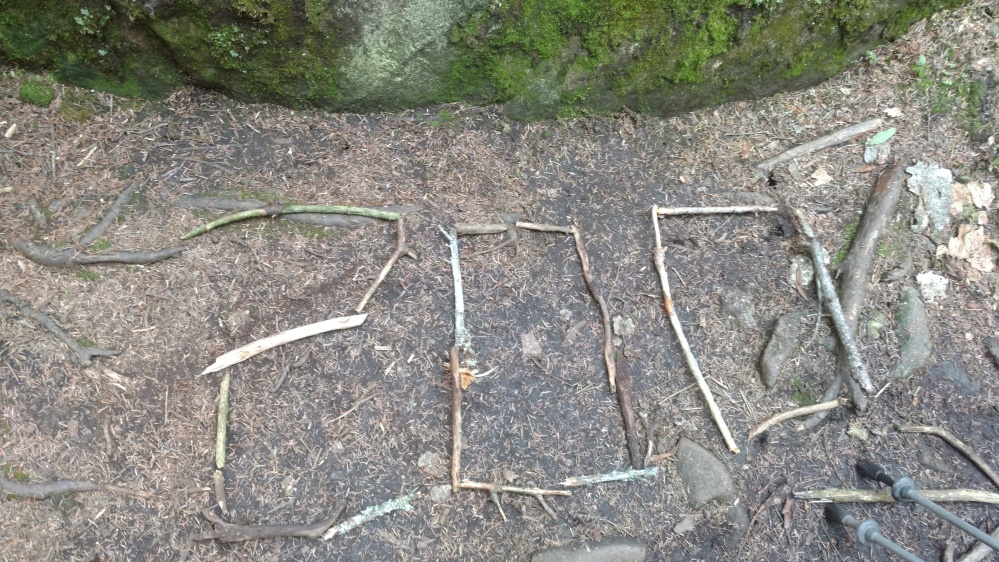 About a mile later, we came to our first view of the day.

The views lasted for another 0.3 miles until the trail headed steeply downhill.  We could see and hear a river flowing down in the valley.  The temps had risen, and now that we were in direct sunlight, soaking in a mountain stream sounded like a wonderful idea. 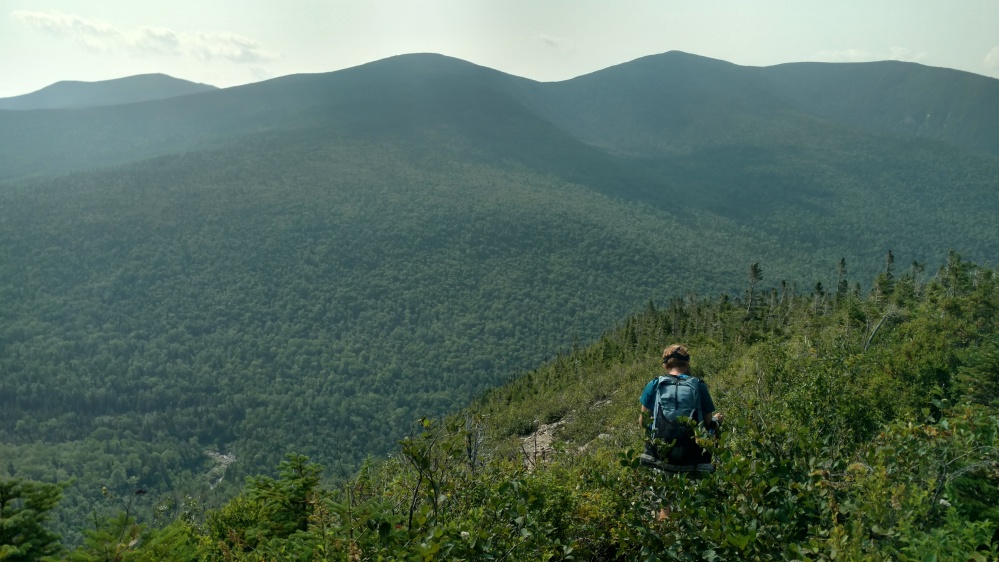 It would be a while until we got there.  Getting down into the valley required going down a steep, technical route.  It turned out to be a lot of fun.

Once we got to the river, Stoat and I took our shoes off, and soaked our legs in the cold water. Sweet relief!

Eventually, we dragged ourselves out of the river, and hiked the remaining mile (uphill of course) to the campsite.

The campsite was located in a pine forest, partway up Crocker Mt., in the bottom of a basin shaped nook on the side of the mountain.

The entire area was covered in a bed of pine needles and there were ample places to setup camp.

Zeus and Flashfire were there, as well as OMG and several other hikers.  Stoat and I talked to OMG for a little while, and then I went off to explore.

At the very end of the path that leads through the campsite, was a large open area that was sometimes a shallow pond.  Depending on the season and how much rain fell.  Maine was in a drought, so it was a grassy field instead of a pond.

With dusk approaching, it was a prime time to try to spot a moose.  I stood there quietly for a while.  No luck.  Then, I walked out as far as I could into the “field” until it was too muddy.  Standing there in the quiet, surrounded by steep mountains on three sides, all was right with the world.

Not for the first time I thought, “Man, I’m going to miss this.”