After hiking for about three miles, we came to the town of Kent.

To get into town we had to walk on the road for 0.8 miles.  It was such a short distance we didn’t even bother try to hitchhike to town. 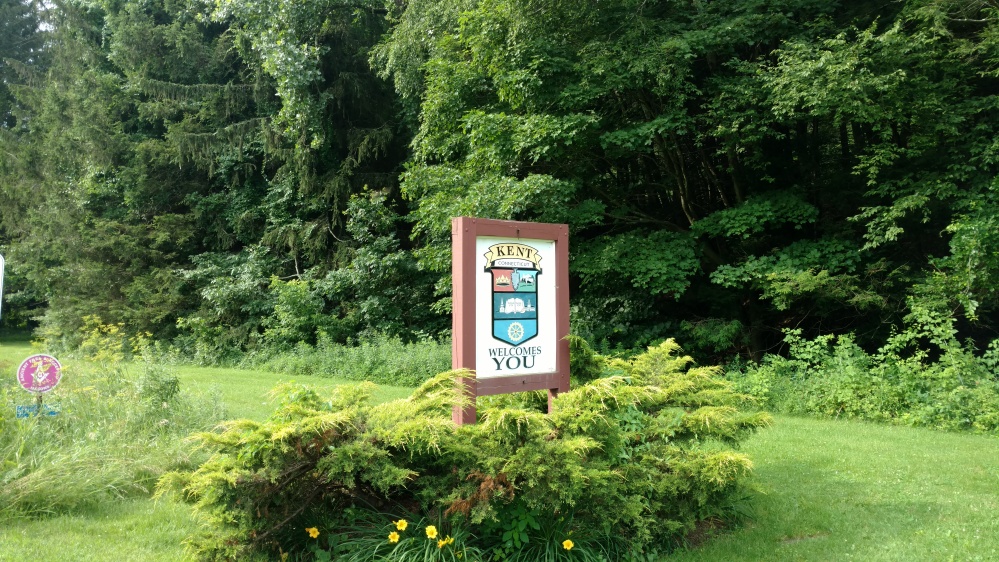 The first thing we did when we got into town was to eat at a breakfast place.  We were seated outside.  When Tea Leaves and a woman named Lamb Chop strolled into town, and saw us eating, they joined us for breakfast.  While we ate breakfast, we commented on how Kent looked like the quintessential New England small town.

The main street through town was lined with shops that were old, but well cared for.  It seemed like each one had a fresh coat of paint.

Being in a town that looked so different from all the others that we had been in, really gave us a sense of our progress.

After we left the breakfast place we stopped by the post office.  Stoat had ordered a phone to replace his broken one, and was expecting to pick it up there.  The person behind the desk told him that it wasn’t there yet, but it should be there by one in the afternoon.

We walked over to the supermarket to resupply.  While we were on our way there, a guy mentioned to us that we should check out the new Welcome Center.  After resupplying, we did just that.

The welcome center consisted of a men’s and woman’s bathroom, a coin op shower, and some benches.  It doesn’t sound like much, but it’s all a hiker needs.

When Stoat went back to the post office, they told him the package wasn’t coming today.  He had it forwarded to Salisbury,  a two day hike away.  Hopefully, by that time, the post office will have their act together.

The next several miles were uneventful.

When we got to the Kent River we took a short break.

From where we sat, we could see a bald eagle sitting on a log across the river.  It was our first bald eagle sighting on the AT.

While we sat there, it became evident that we were not going to make it to the shelter that we were heading for before nightfall.  No big deal.  We would stop about five miles short of the shelter tonight, and make up the miles over the next few days. 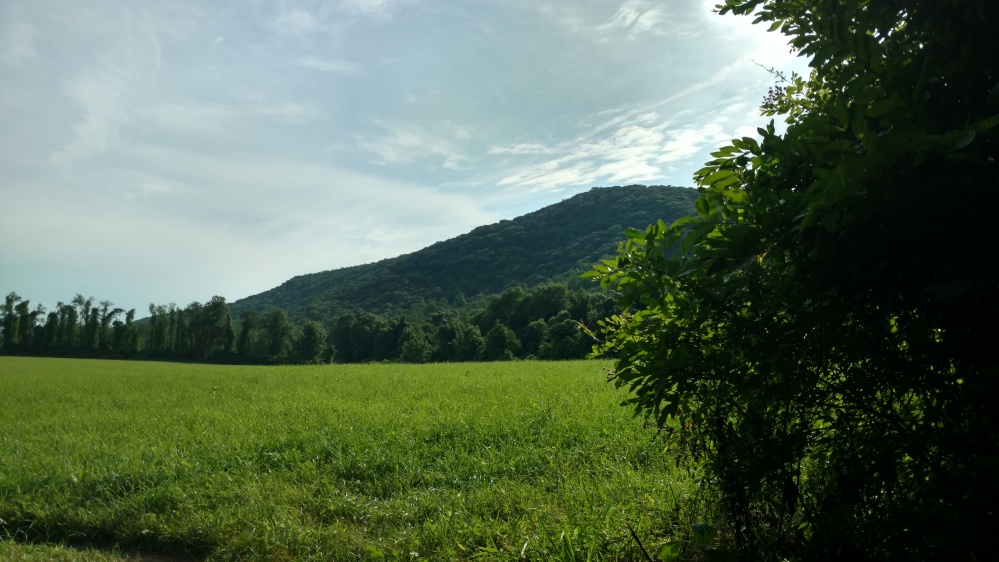 When we got to the Silver Hill campground we found that Cash, Songbird, Mantis, and Tea Leaves were already there.

There was a pavilion setup in the middle of the camping area.  The six of us ate dinner there, had a good conversation, and then went to bed.

Over the course of that conversation, we found out that Cash and Songbird started the trail on March 8th.  The same day Stoat and I started.  Somehow we never saw each other until we met somewhere in Pennsylvania.

The social aspect of the AT really felt like a randomly revolving cast of characters.  You never know who you’ll meet, or who you’ll see again.