In the morning, Stoat and I hiked a few miles across rolling farmland. 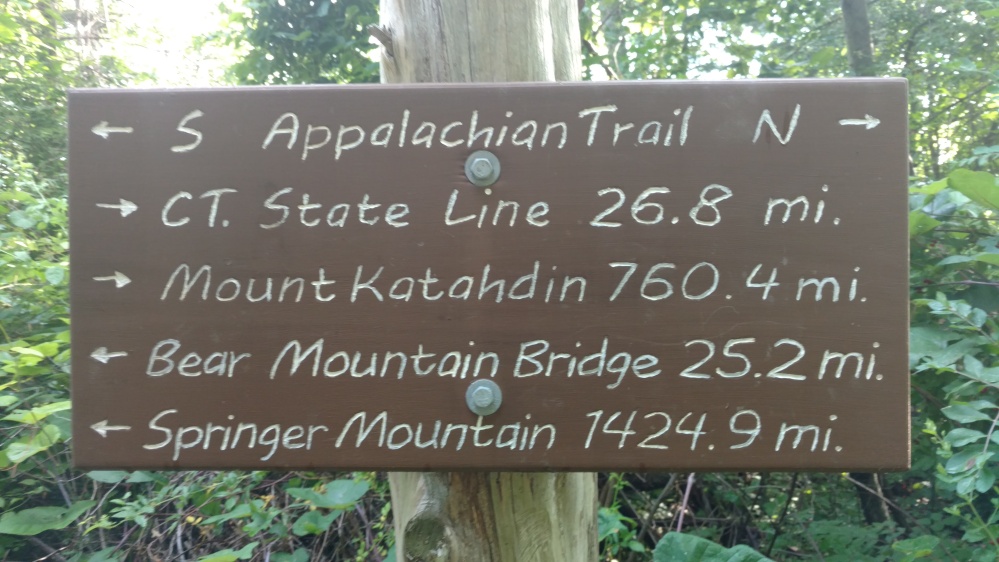 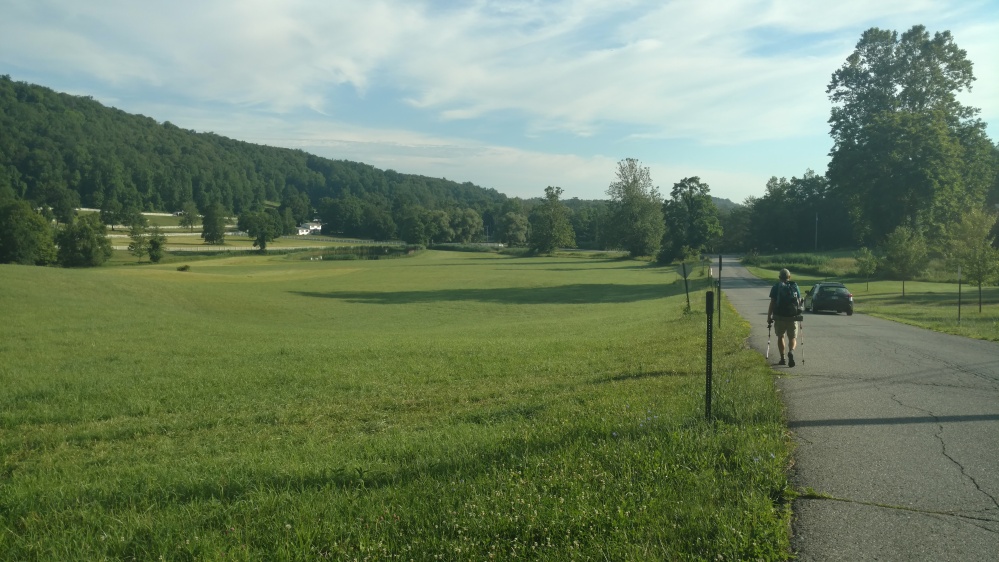 When we got to the road where we had to turn off, Stoat suddenly didn’t feel like going to the party.  I tried to convince him to go to the house for breakfast and if he didn’t like it, we could leave.  He reluctantly agreed.

We got to the house at the same time as Cash and Songbirds crew.  Amy and her friend Rebecca made homemade chocolate chip waffles and coffee for everyone.  After we ate, Stoat was in a much better mood.  We decided to stay.

Soon Amy told us to get ready because the shuttle would be leaving soon. Hikers were emptying most of the contents of their bags onto the floor of a detached garage.  We were coming back to the house.  So there wasn’t a reason to carry anything extra.  This is called slackpacking.

Stoat and I were AT purists. Purists don’t skip sections of trail, they hike north, and they don’t slackpack.  Now that we were about to hike south, do we slackpack too?

It sound strange, but it was a hard decision to make.  We had been hiking by a certain set of rules that we agreed to live by.  Those rules had helped us get to where we were now.

We decided that we could make an exception to the rules.  The situation we were in was too good to pass up.  We would hike south and we would slackpack.  I still carried my stove, rain tarp, and all my food though.  I guess I felt a little guilty.

Rebecca and another driver gave us all a ride 17ish miles up the trail.

We got out of the car and began to hike… south. Weird.  Soon after being dropped off we passed an old fashion train station that’s still in use.

After the train station we went through a boardwalk section.

After that section the trail started to go up hill.  There were several nice view at the top. 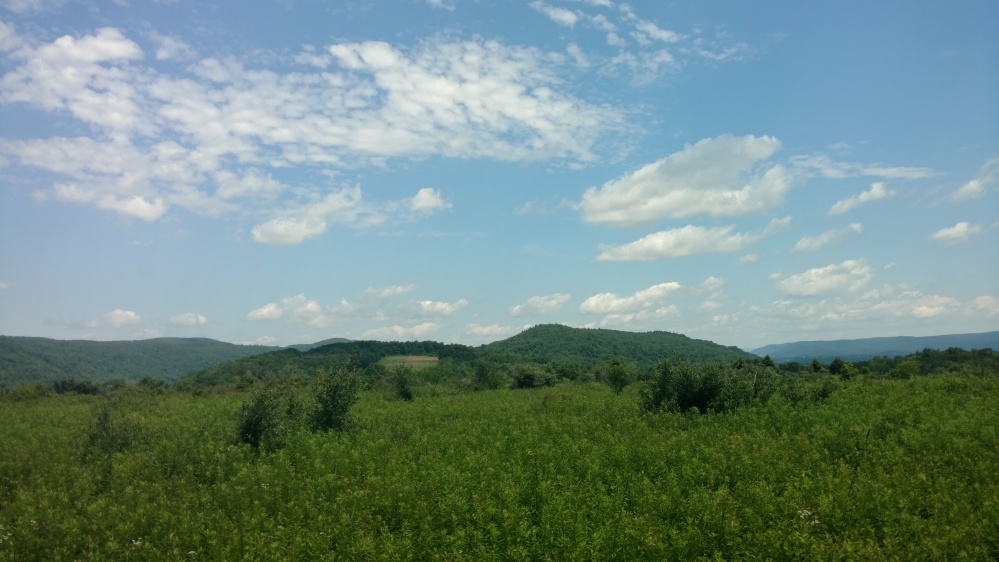 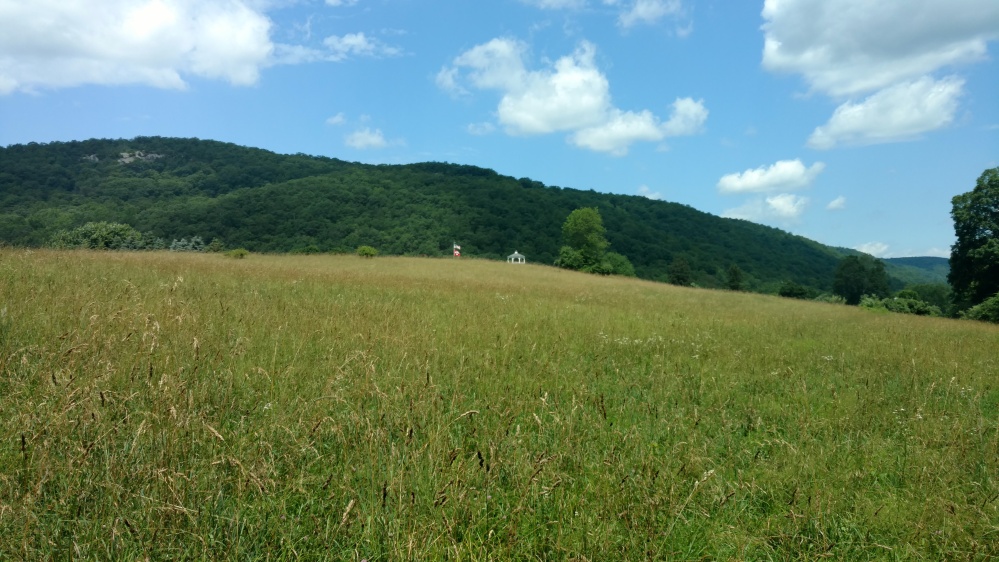 Soon after that,  we came to the Dover Oak.  The biggest oak tree on the AT.  Its over 24 feet in circumference and it is over 300 years old.  The entire trail magic crew gathered there.

From the Dover Oak, the trail began to go uphill.  The sound of 12 Thru Hikers with light packs going uphill was impressive.  I sounded like a heard of bison was making its was through the forest.

While cool for a little while, hiking on the heels of the hiker in front of us was not what we signed up for.  Stoat and I intentionally slowed down for a few minutes to create a little space between us.  The miles flew by.  We were back to the house by 5 PM.  We hiked 16.5 mile in under six hours, including all breaks.  We weren’t even that tired.  I could see why people like slackpacking. 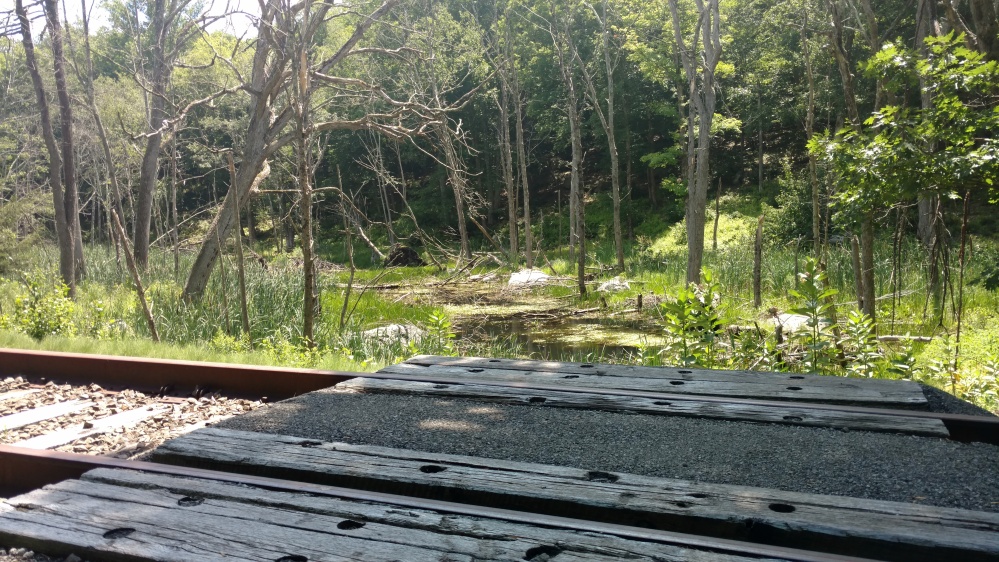 When we got back to the house we spent the rest of the day hanging out with our fellow hikers and eating.  There were several lawn games available to play, and a trampoline.  Most of the hikers played the lawn games.  The trampoline was used more as a comfy seat than anything else.

At around 5:30 Zeus and Flashfire showed up!  Zeus’ eye was much better.  Not 100 percent, but good enough to hike.  They were pretty tired.  They had just hiked 24 miles to get there.

Amy’s husband, Bill, came home from work and we got to meet him.  We only got to talk to him briefly because of all that was going on.  We did find out that he had Thru Hiked in 1999 and he bought his house specifically because of it proximity to the AT.

It looked like tomorrow was going to be a good time. 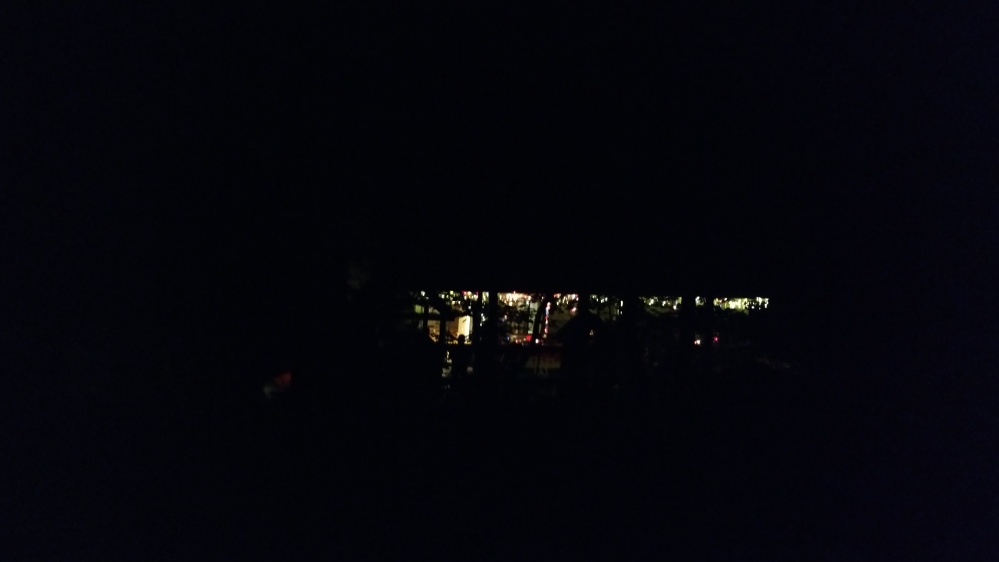