It wasn’t as hot as the day before but it was still in the mid 80’s and humid.

In the morning we passed through more farm land. 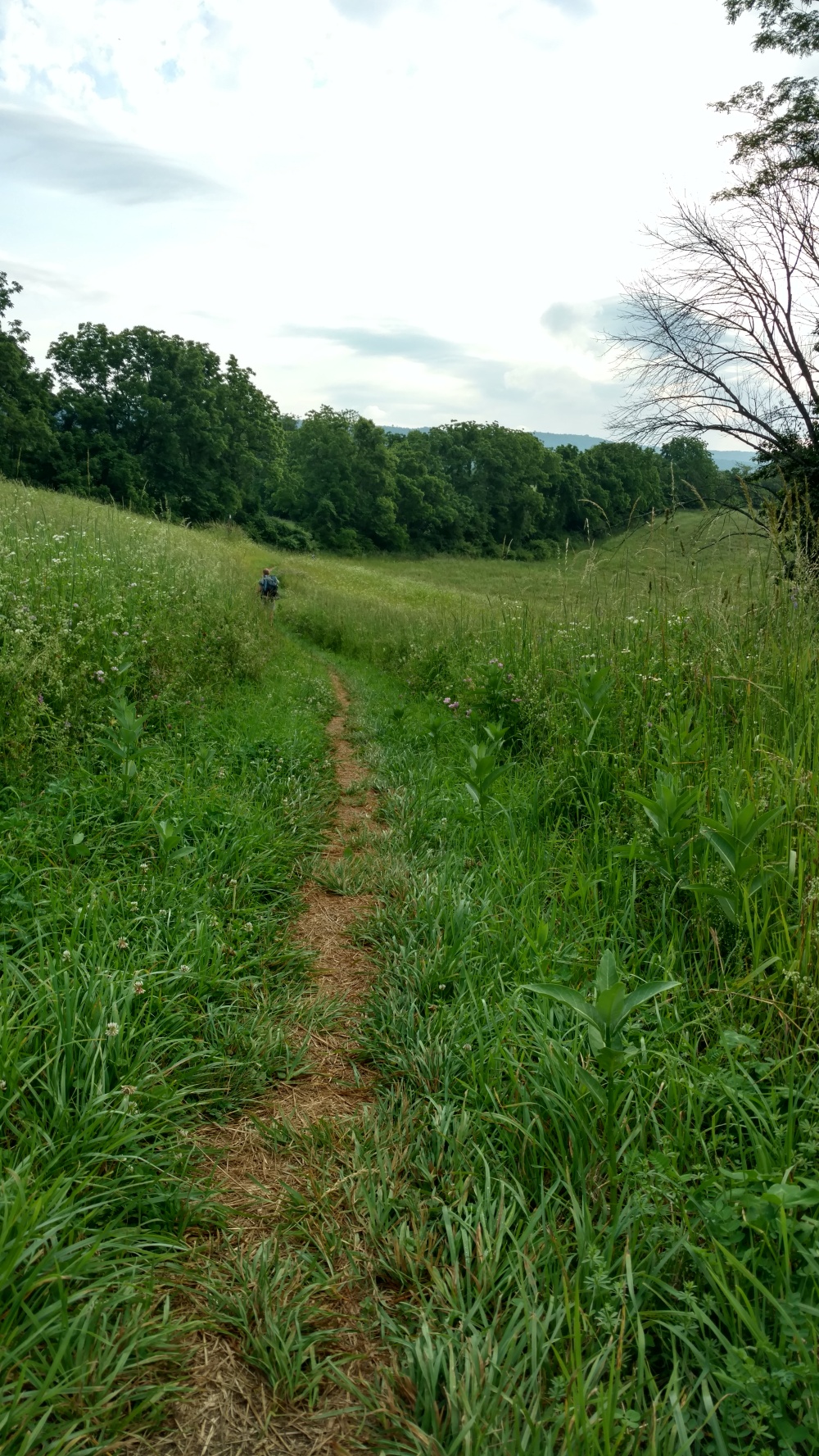 After several miles of fields, we went up a small climb and followed a ridgeline for about 5 miles.

The trail going down into Duncannon was fairly rocky.  At one point the trail split.  One trail went straight ahead while the AT made a sharp right.  A few minutes after Stoat and I made that right we came to a road.  Flashfire was lounging in the grass under the shade of a tree.  She asked if we had seen Zeus. We hadn’t.  We figured he went off into the woods to use the bathroom so we waited for him.  After a little bit, I figured I had better text him to see if he was okay.  I got a text back a minute later letting us know he was at a convenience store in town.  It took us a minute to realize what had happened.  Zeus didn’t make the sharp right and followed the other trail right into town.  The trail he took was originally part of the AT so technically he didn’t skip part of the trail.  He just retro-blazed a little.

We met up with Zeus at the convenience store and the headed over to The Doyle Inn for burgers.

After lunch we headed over to an ice cream shop.  I ordered a vanilla ice cream cone.  I quickly began to regret that decision.  Beards and ice cream cones don’t mix.  Well, actually they mix all too well. 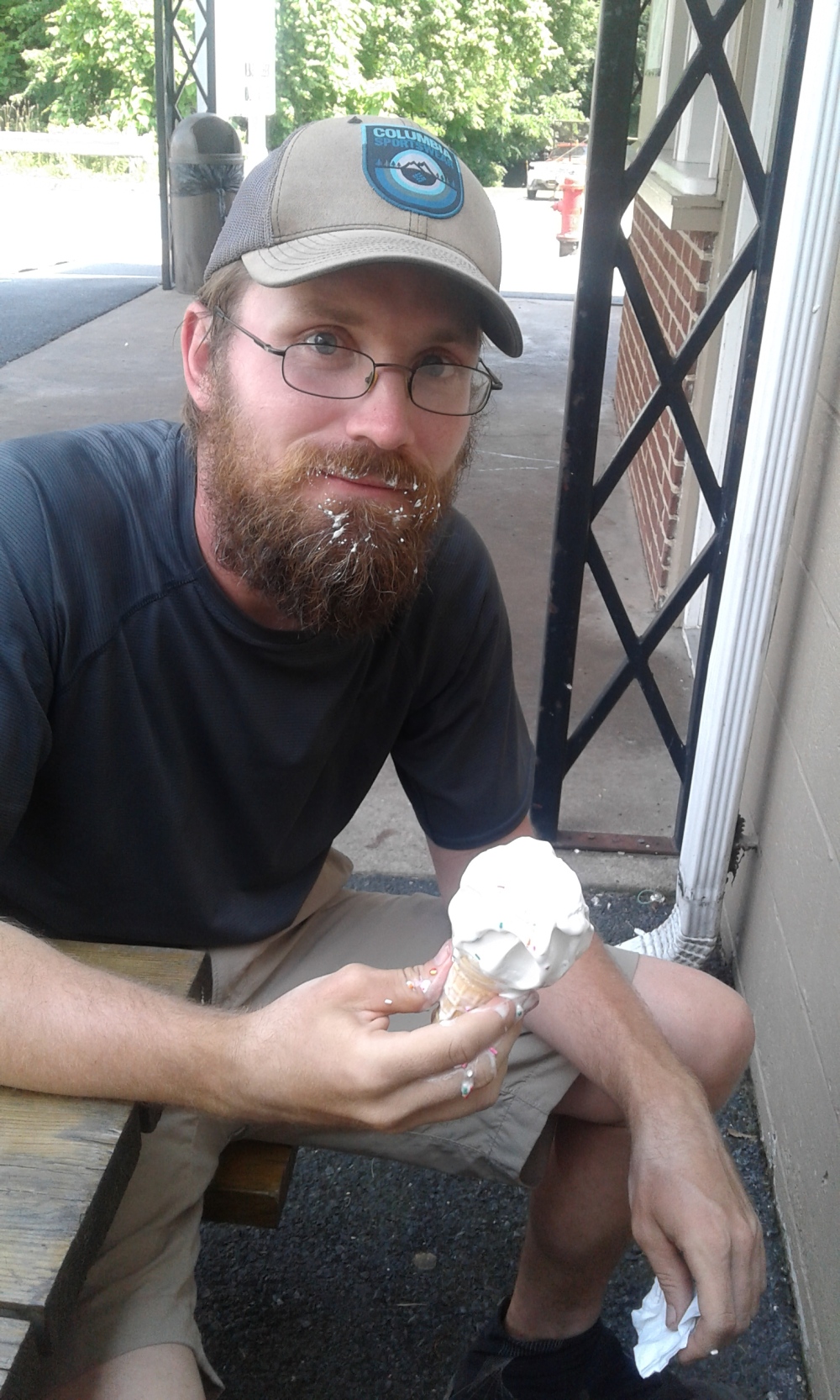 After eating ice cream, and many napkins later, we took a little walk down the street.  Off the the right side, on a dead end street, was a large stone tunnel that went under some train tracks.  On the other side of the tunnel were the banks of the Susquehanna river.

We hung out there for a while enjoying the shade and the gentle breeze that made its way down the river.  The train tracks that we had gone under paralleled the river for a long time.  We watched as a long train slowly made its way toward us.  Never in my life had I felt like I was living a Hobo lifestyle more then in that moment.

We skipped rocks, Zeus and I pass juggled with some small stones, but mostly we just relaxed.  We were fully enjoying the freedom of having no place to be.

After an hour or two Stoat and I decided to hike the remaining four miles to the shelter while Zeus and Flashfire opted to check out the spaghetti dinner put on by the local Lutheran church.

The trail brought us over a long bridge that spanned the Susquehanna river. 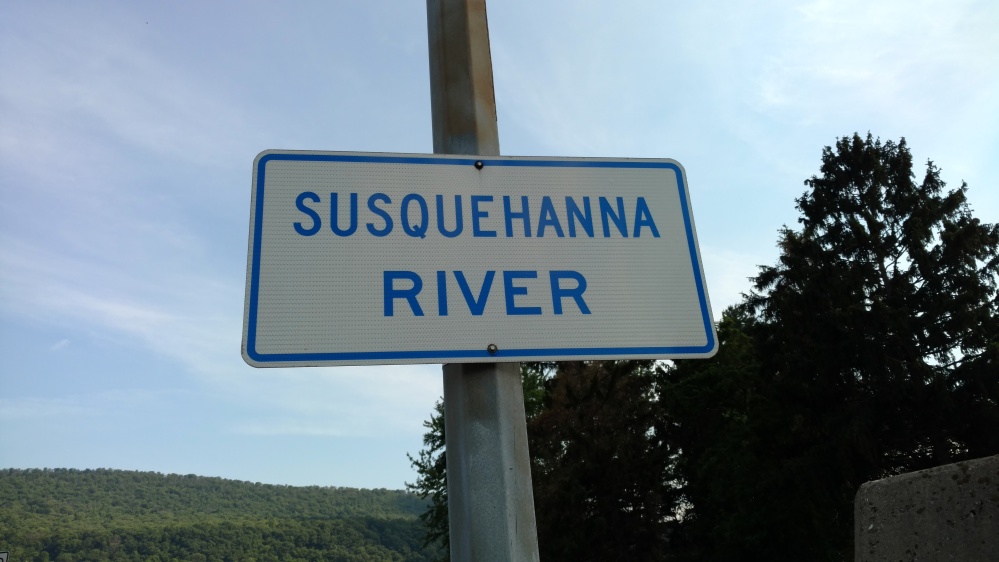 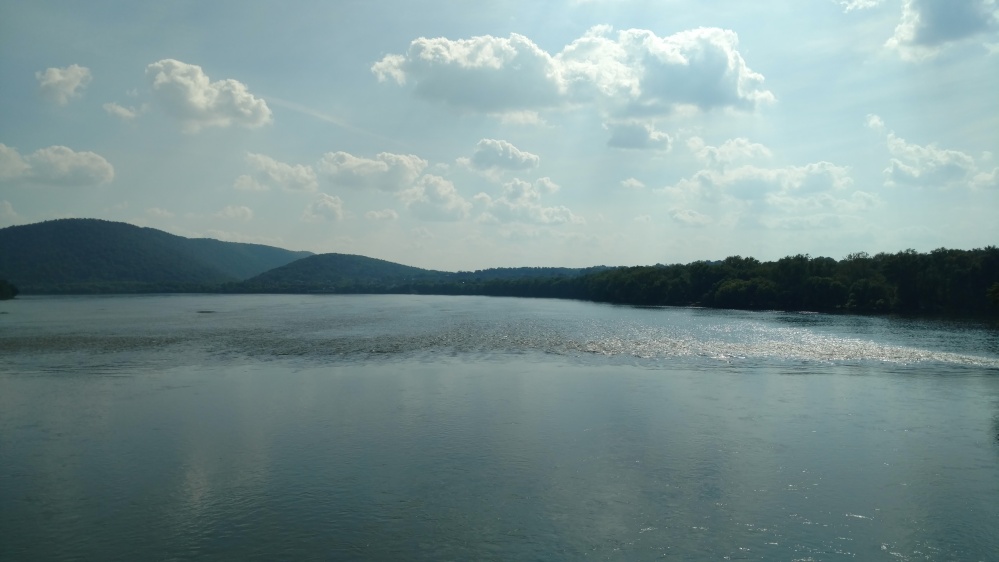 After we crossed the river we began to go uphill.  The climb started out fairly easy.  About halfway up we started to encounter large boulders that we had to scramble over.  Normally Stoat and I would enjoy that kind of thing, but we were hot and tired and just wanted to get to camp.

At the top of the climb we were treated to several views.

From our vantage point we couldn’t see many signs of modern civilization.  I got the feeling that a hundred years ago someone could have stood at that same spot and seen the exact same thing. 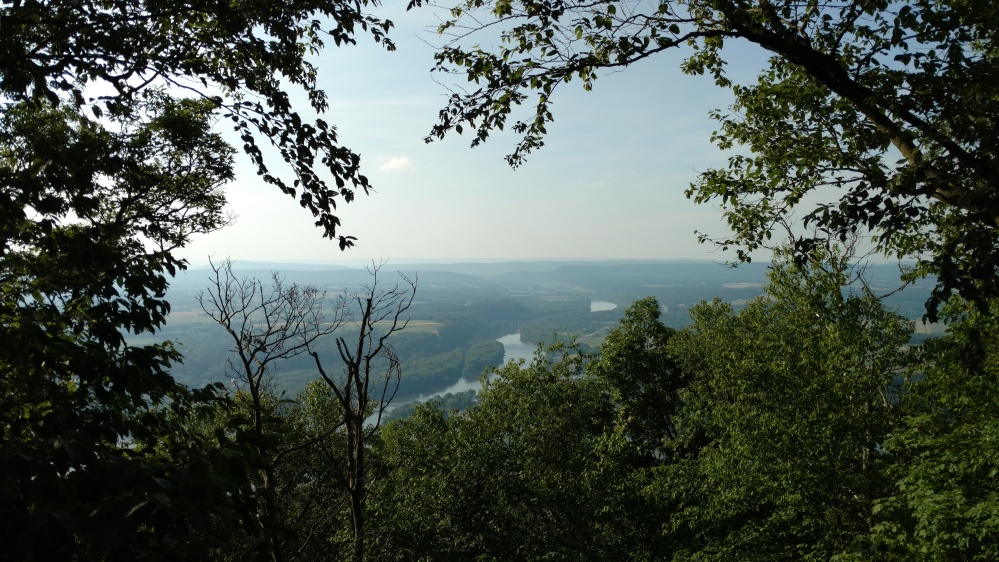 When we got to the shelter, Rocket, Hamilton, Cash, and Songbird were there.  It was a good feeling to get to a shelter and realize that we knew the majority if the people there.  Stoat and I hung out for bit, then setup our hammocks and went to bed.