The trail from Jenkins Shelter to the town of Bland was uneventful and easy.  Stoat, Flashfire, Zeus, Grumpy, and I did the 11.3 miles into town before lunch.

The trail doesn’t go into the actual town of Bland.  It goes by a road that leads into it.  At that road crossing was a general store that wasn’t open yet.  When one of the owners saw us in the parking lot he invited us in.   He was at the tail end of renovating the place and was hoping to be open soon.  He offered us some pizza that he had been making in the oven.  When we asked him how much it was he told us it was free.  He technically wasn’t allowed to sell us food that was prepared on site until he got approval from the town.  Apparently there wasn’t anything illegal about giving it away.  We gladly took him up on the offer.  We did wind up buying soda from him so I guess it was a win- win.

Once we realized that traffic on the road was basically non existent was called Bubbas shuttle service.  While we were waiting for our ride Hobo Joe and Kim showed up.  They grabbed some beverages and hung out at the store while they dried their tents out in the parking lot.

Bubba gave us a ride into town and recommended the Big Walker Motel as a good choice for our lodging.  The motel turned out to be nicer than expected.  It had a deck area that had some nice views of the surrounding mountains. 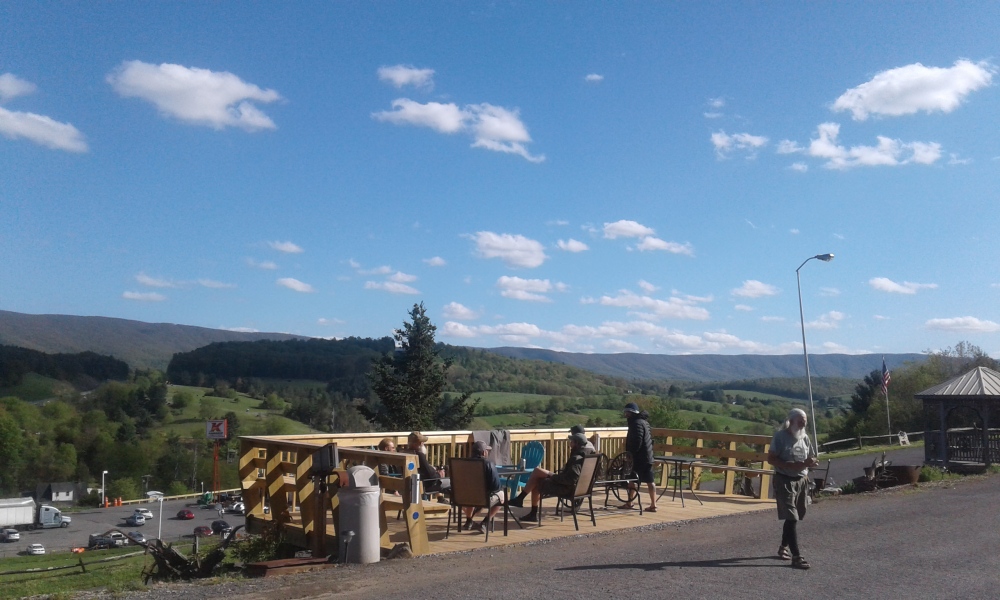 Zues and Flashfire shared a room while Stoat, Grumpy and I shared another.

The motel had two wash tubs out back that we could wash our clothes in and a clothes line to dry them.  It was my first time washing my clothes in something like that.  It was kinda cool and gave me new insight into how different it used to be.

After hanging up our clothes to dry we went across the street to eat at a Dairy Queen fast food place.  Getting real food at a DQ was a new experience for me. All the dairy Queens that I’ve ever been to served ice cream only.

After that we went to the Dollar General down the street to resupply.  I pickup up a pair of earbuds there as well.  I bought them so when I was in a shelter I could drown out the sound of other people snoring. 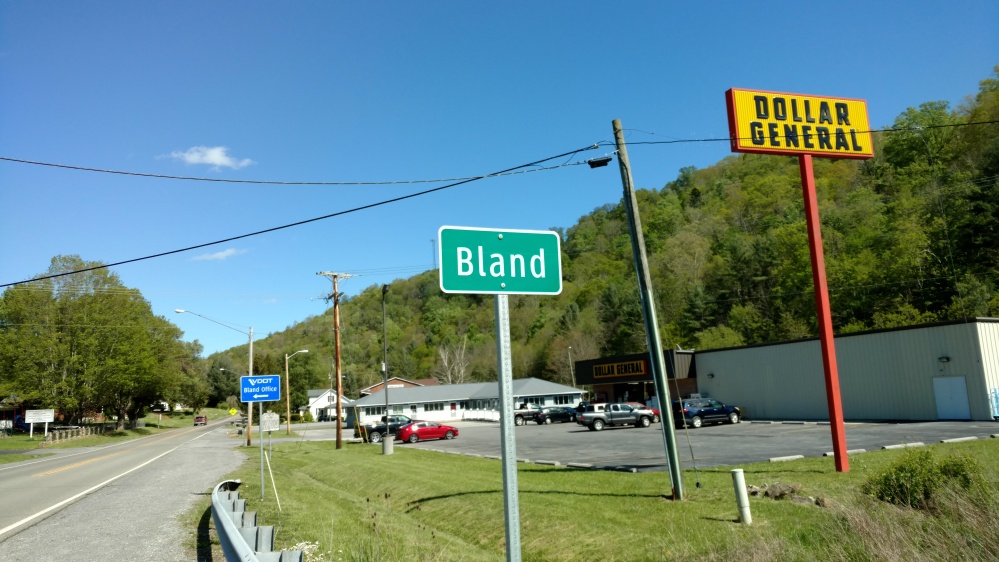 Back at the motel we saw Tiny Tim, Sticks, Squeeks, and Goddess again.  Also there was a hiker named Gray Beard.  Gray Beard was 81 going on 82 and was attempting to be the oldest person on record to hike the Appalachian Trail.  He was a real interesting character.  One of the things we learned about him was that, at 80 years of age, he paddled the entire Mississippi river.

After conversing with other hikers for a while we turned it.  We had another twenty miler planned for the next day and wanted to rest up for it.

Here is a short video on what it’s like to hike with other hikers.  Sorry about the shaky video.  Its the audio that I think might be interesting.